The official remake of 1978’s classic film with the same title, Pati Patni Aur Woh is in theatres now and has expectedly taken a good start at the box office. While the adjacent major release Panipat has got failed to take the desired opening, though both films have received positive reviews. 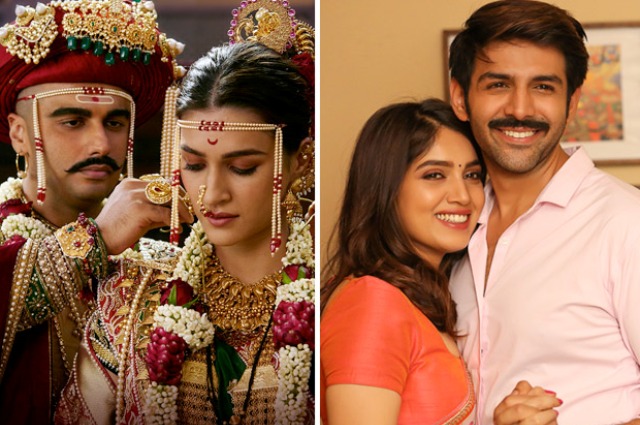 Directed by Mudassar Aziz, the Hindi romantic comedy has got succeed to entertain many in theatres and gathered mostly positive reviews from critics. The audience is also reacting in its favour as the leading actors Kartik Aaryan, Bhumi Pednekar, and Ananya Panday have given their best.

On Friday, Pati Patni Aur Woh was opened at a decent note of around 20% in the morning. Post noon shows, it has witnessed a good jump in footfalls and registered the opening business of 9.10 crores nett from 2850 screens nationwide. With this, it has emerged as the biggest opener of Kartik Aaryan, by dominating Luka Chuppi (8.01 crores).

On the other hand, Ashutosh Gowariker’s directorial historical drama Panipat has also got succeed to convince critics because of its gripping storyline backed by the strong performances of leading actors Sanjay Dutt, Arjun Kapoor, and Kriti Sanon. Even though the film seems struggling at the box office.

On the first day, Panipat had started the journey at a dull note of around 15% in the morning. Unfortunately, it didn’t witness the required growth over the evening & night shows and ended up at 4.12 crores nett from 2395 screens across the country. The opening numbers of this big-budget film is unexpectedly lower than Commando 3 (4.74 crores).