The biggest action thriller of Indian Cinema made with a whopping budget of 350 crores, Saaho is finally in theatres and has expectedly taken a tremendous start at the box office nationwide including all the versions. With its Hindi version, the film has become the 3rd highest opener of the year so far. 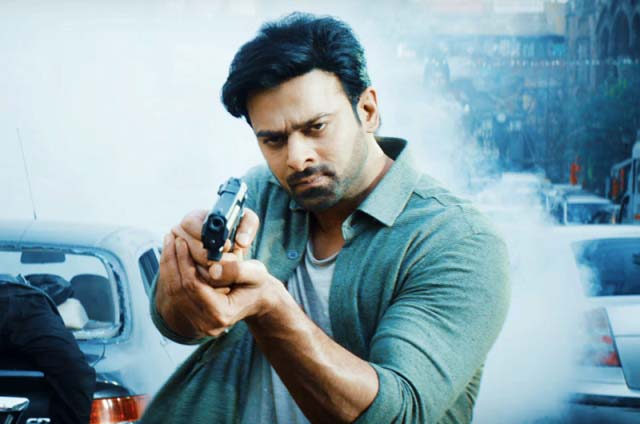 Featuring superstar Prabhas & Shraddha Kapoor in the lead roles, Sujeeth’s directorial has unfortunately got failed to convince many critics as they have found it weak in story, screenplay & direction. Although the audience is showing great excitement toward the film despite negative reviews.

On Friday, the Hindi version of Saaho was opened at a fantastic note with around 60% occupancy in the morning. Over the evening & night shows, it has remained almost stable and registered the opening business of 24.40 crores nett (29.05 crores gross) from 3000 screens, which is the third-best after Bharat (42.30 crores nett) & Mission Mangal (29.16 crores nett).

In the Telugu states, UV Creations’ presentation took an outstanding start with more than 90% occupancy and has expectedly raked the massive business of 35.66 crores shares (56.30 crores gross. From Tamil Nadu, Kerala & Karnataka, it has garnered the business of 8.04 crores (18.90 crores gross).

Including all the versions, Saaho has done the business of 68.10 crores nett (104.25 crores gross) at the Indian box office which is higher than 2.0 (64 crores nett). In overseas as well, the film is getting excellent response and has grossed around 130 crores on the opening day worldwide.