A couple of new Hindi films with opposite genres have released at the box office this Friday. A comedy-drama Shubh Mangal Zyada Saavdhan has expectedly taken a good opening, while horror film Bhoot: Part One – The Haunted Ship has, unfortunately, gathered a mixed word of mouth. 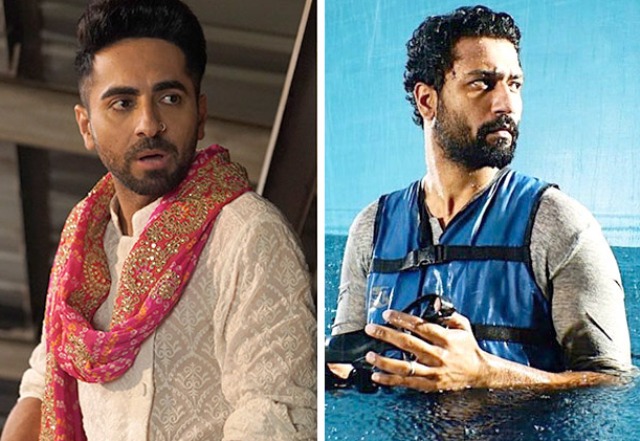 Ayushmann Khurrana, Jitendra Kumar, Neena Gupta, and Gajraj Rao starrer Shubh Mangal Zyada Saavdhan focuses on gay relationship. The film has managed to entertain many in theatres across the country and gathered a positive word of mouth. From critics also, it has received mostly positive reviews.

On Friday, despite Maha Shivratri holiday, Hitesh Kewalya’s directorial was opened at an ordinary note in the morning. Post noon shows, it took a fair jump in multiplexes and registered the opening business of 9.55 crores nett, which is the third-best of Ayushmann’s career so far.

On the other hand, Vicky Kaushal, Bhumi Pednekar, Ashutosh Rana, and Meher Vij starrer Bhoot: The Haunted Ship has got failed to convince all the critics because of its dull screenplay. From the audience as well, it is getting mixed reactions despite Vicky’s excellent performance.

On the opening day, Bhanu Pratap Singh’s directorial had started the journey at a decent note and has remained almost similar over the evening and night shows. As a result, it has managed to collect 5.10 crores nett on Friday, which is the third-highest for Vicky Kaushal excluding Bombay Velvet & Sanju.