Superstar Ajay Devgn’s 100th film, the much-awaited Tanhaji: The Unsung Warrior is finally in theatres now along with Deepika Padukone’s much-anticipated Chhapaak in parallel. Both the offerings have got succeed to make a solid impact on viewers on Friday and register a good opening. 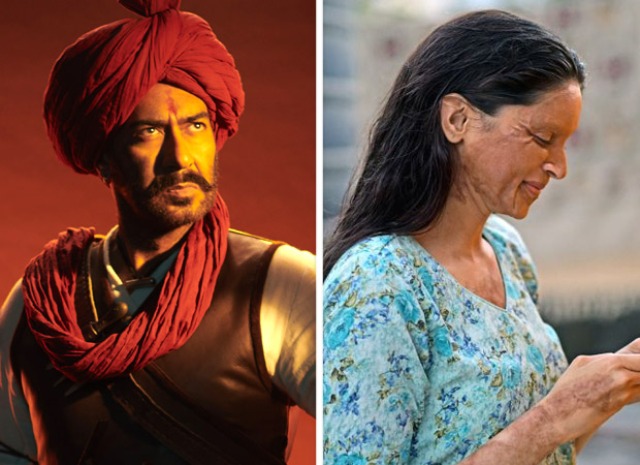 Directed by Om Raut, the period action drama Tanhaji has hit the target right among the audience and gathered a positive word of mouth. From critics as well as the audience, the film has received a favourable response because of its strong storyline backed the superb performance of leading actors.

On the opening day, T-Series Films’ presentation took a good start with around 30% occupancy in the morning. With a wider reach, it has witnessed healthy growth post noon shows and managed to register the business of 15.10 crores nett at the domestic box office from 3880 screens including Hindi & Marathi versions.

On the other hand, Meghna Gulzar’s directorial drama film based on the real-life of acid attack survivor Laxmi Agarwal, Chhapaak has also received positive reviews from critics for its powerful storyline & excellent direction. From the audience as well, the film is getting a thumbs up and gained a positive word of mouth.

On Friday, Fox Star Studios’ presentation was opened at an ordinary note with 20% occupancy in the morning. Over the evening & night shows, it picked up decently in metro cities and managed to collect 4.77 crores nett from 1700 screens nationwide which is almost good with limited reach.