One of the biggest Hindi films of the year, Dabangg 3 is all set to hit theatres this Friday amid the great excitement of fans. Being backed by the very successful franchise, the sequel to 2012’s Dabangg 2 has a solid pre-release hype and expected to take the fourth-best opening of the year. 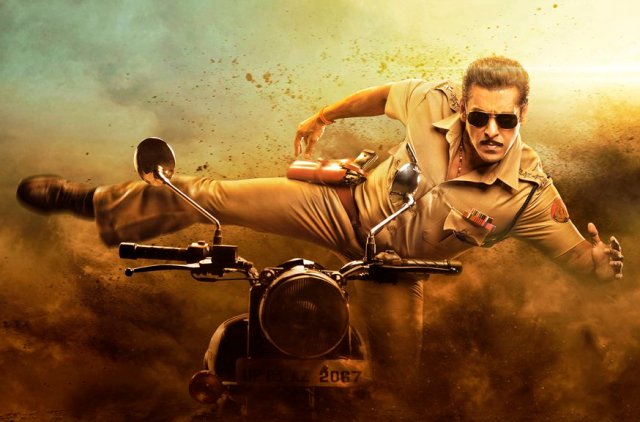 Starring superstar Salman Khan, the Hindi action-comedy is buzzing among the fans since the announcement was made and now when the d-day has come, one can sense the level of excitement in the air. Although Dabangg 3 has recorded lower advance bookings than expected due to ongoing anti-CAA protests across the country.

Looking at the previous records, Salman Khan’s last film Bharat took a massive start and had registered the opening business of 42.30 crores. If we talk about the franchise, then in 2010, Dabangg was opened to a solid note and secured 14.50 crores, while 2012’s Dabangg 2 had scored 21.10 crores on its opening day.

The latest offering of Salman Khan is releasing solo near Christmas, so earlier it was expected to take an earth-shattering start. But now, the conditions are not in complete favour, as section 144 has been imposed in various parts of the country due to heavy protests against the citizen amendment act. Also, its music has got failed to hit the chartbuster.

As per the reports & current scenario, Dabangg 3 is expected to open in a range of 27-28 crores nett at the domestic box office, which will be the highest opening of the franchise & the 9th best for Salman Khan. Over the weekend, the film will show good growth as the early reviews are mostly positive.