After the blockbuster sci-fi Mission Mangal, superstar Akshay Kumar is back with a comedy film Housefull 4 which is all set to hit theatres pre-Diwali on 25 October 2019. Being the latest instalment of India’s one of the most successful comedy franchises, this multi-starrer offering has a solid pre-release hype. 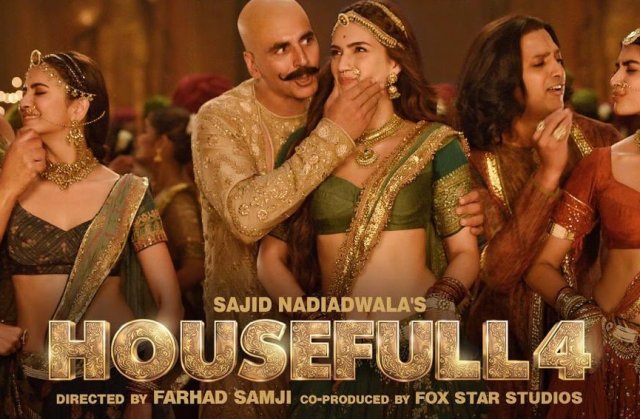 Directed by Farhad Samji, the film is buzzing among the fans since the announcement was made last year and now when the release is around the corner, one can sense the level of excitement in the air. Despite not being released solo, it has registered an impressive advance booking across the country.

Looking at the previous records, in 2016, Housefull 3 was opened at a good note with 15.21 crores. Akshay Kumar’s last film Mission Mangal had registered the biggest opening of his career with 29.16 crores, which actually doesn’t seem possible for HF4 to surpass because of pre-Diwali phase.

Diwali is a big opportunity to score massive openings but as Housefull 4 is releasing two days earlier, it is expected to open at a range of 24-25 crores which is strong enough. If everything remains in favour, it will remain strong over the weekend and pick up well post-Diwali.

Along with Akshay, Sajid Nadiadwala’s production stars Riteish Deshmukh & Chunky Panday who are the parts of the franchise since the first instalment. Bobby Deol, Kriti Sanon, Kriti Kharbanda, and Pooja Hegde are the new addition to the cast of this laugh riot based on reincarnation.