After superstar Ajay Devgn’s Tanhaji: The Unsung Warrior, the next Hindi biggie of the year from Bollywood, a dance musical drama Street Dancer 3D is all set to hit theatres this Friday amid the good excitement of fans. Along with it, a family sports drama Panga is also releasing with a decent initial buzz among moviegoers. 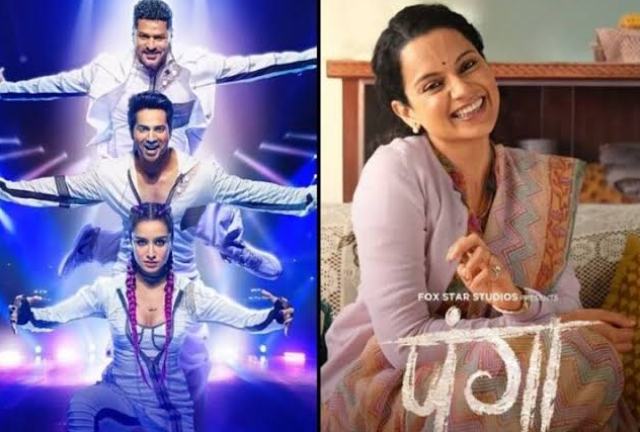 Starring Varun Dhawan, Shraddha Kapoor, Prabhu Dheva, and Nora Fatehi, India’s biggest dance film Street Dancer 3D is buzzing among the youth audience since it was announced. With its promos and music as well, the film has created a good hype which is visible in its advance booking reports.

Varun and Shraddha are the rising superstar and have a solid fan following across the country. Directed by Remo D’Souza, who had also helmed the successful ABCD franchise, this new offering is expected to open at a range of 15-16 crores from 3700 screens because there is a clash and the already existing Tanhaji is also running strongly.

On the other hand, Kangana Ranaut, Jassie Gill, Neena Gupta, and Richa Chadha starrer the adjacent release Panga has also created a good interest in the audience with its promos which are quite promising. Kangana is known for versatility and her presence is an advantage for the film.

Directed by Ashwiny Iyer Tiwari, Panga majorly targets the family audience and being a content-driven film, it will pick up gradually if the audience reacts in favour. Considering the current scenario, it is expected to score in between 3-4 crores on the opening day from 1450 screens.