Superstar Akshay Kumar’s latest offering Housefull 4 has not started its journey at the desired note but still, it is very good considering the pre-Diwali phase along with two other new Hindi releases. Expectedly, it has become the biggest opener of the franchise Housefull so far. 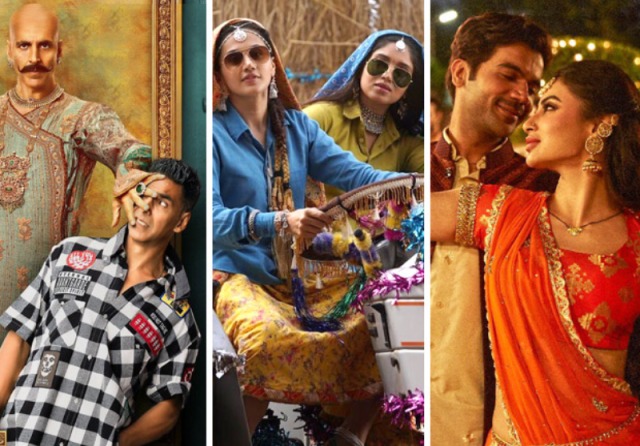 Directed by Farhad Samji, the Hindi comedy has unfortunately received mostly negative reviews from critics, which has definitely affected its run across the country on day-1. From the audience also, it is getting mixed reactions, which is not a good sign of course.

On Friday, Housefull 4 was opened at a decent note of 25-30% in the morning, which is actually good as the pre-Diwali festivities have already started and many are busy in that. Post noon shows, the film didn’t witness an impressive growth due to the mixed word of mouth and raked the business of 19.08 crores nett from 3900 screens nationwide.

With this, Sajid Nadiadwala’s production has emerged as the 9th highest opener of the year so far in Hindi Cinema and the 6th best for Akshay Kumar. Due to high buzz, HF4 is still expected to pass this holiday weekend at a strong note along with Monday & Tuesday.

In parallel to Housefull 4, Taapsee Pannu & Bhumi Pednekar’s Saand Ki Aankh and Rajkummar Rao & Mouni Roy starrer Made In China have also released but got failed to take an acceptable start at the box office. On Friday, they have scored 0.48 crore & 1 crore respectively.