After the critically acclaimed Mulk, director Anubhav Sinha and actor Taapsee Pannu are back with a female-oriented drama film Thappad, which is about a woman who files for divorce when her husband slaps her. With a positive critical response, it has recorded a decent opening on Friday. 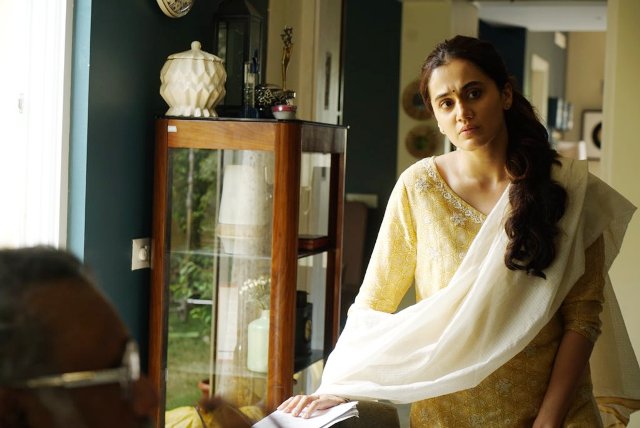 Produced by Bhushan Kumar, Krishan Kumar and Anubhav himself, the film has expectedly got succeed to convince critics with its strong content and received positive reviews. From the audience as well, it has got favourable reactions and gathered a positive word of mouth.

On Friday, Thappad was opened at a slow note in the morning with around 10% occupancy. The positive reactions pushed it up and the film had witnessed good growth in metro cities over the evening and night shows. Eventually, it had managed to rake 3.07 crores nett at the domestic box office.

As per the trend, Taapsee starrer is expected to take a good jump over the weekend. Let see, how this latest Hindi offering will perform further in parallel to last week released Ayushmann Khurrana’s Shubh Mangal Zyada Saavdhan and Vicky Kaushal’s Bhoot: The Haunted Ship.

Looking at the previous records, in 2018, Mulk had scored 1.68 crores on the first day. This year released other female-oriented films, Deepika Padukone’s Chhapaak was opened at 4.77 crores, while Kangana Ranaut starrer Panga did the opening business of 2.70 crores.