After the biggest blockbuster Dangal, director Nitesh Tiwari is back with his new film Chhichhore which is all set to hit theatres on Friday amid the good excitement of fans as well as moviegoers. Being the only major release of this week, it is expected to open at a good note. 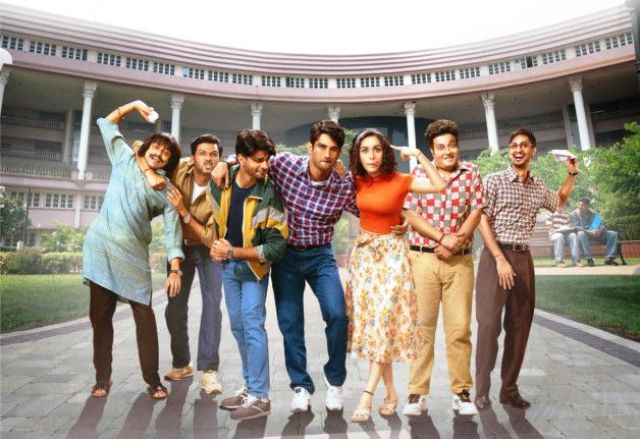 Starring Sushant Singh Rajput, Shraddha Kapoor and Varun Sharma in lead roles, this Hindi comedy-drama has a good pre-release buzz among the audience because of its worthy starcast, very promising director and ofcourse the convincing trailer which was launched a month ago.

Looking at the previous records, Nitesh Tiwari’s last offering was Dangal which had received great response worldwide. Sushant was last seen in Sonchiriya which didn’t work well at the box office and opened at only 1.20 crore. But he has a solid potential to attract the audience toward theaters with his work.

Coming to Shraddha, then Chhichhore will be her second film in theatres from Friday after Saaho which was released last week and had registered the third-best opening of the year with 24.40 crores, although it is now losing the hold due to the mixed word of mouth.

So considering the fact & records, Nadiadwala Grandson Entertainment’s production is expected to open in a range of 6-7 crores nett at the domestic box office. Further performance of the film totally depends on the reaction of viewers, while critics have already started pouring positive remarks after the special screenings.