A couple of awaited Hindi films- Panipat and Pati Patni Aur Woh are set to hit the theatres this Friday amid the good initial buzz. Both the offerings have got succeed to make the desired impact on viewers with the promo and are expected to give tough competition to each other at the box office, though they have completely different genres. 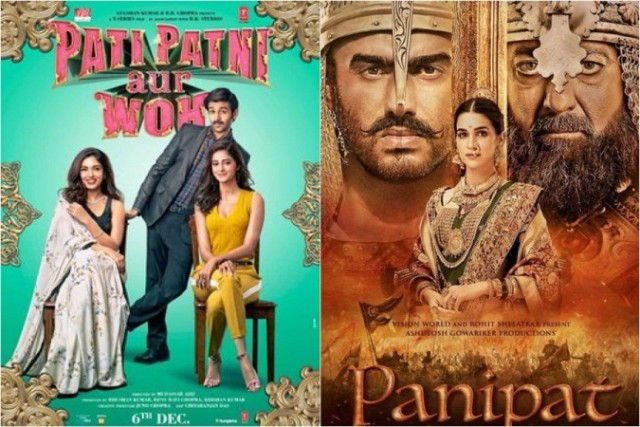 Directed by the brilliant Ashutosh Gowariker, who had helmed big films like Lagaan & Jodhaa Akbar, historical drama Panipat is based on the third battle of Panipat. It features Sanjay Dutt as an antagonist along with protagonist Arjun Kapoor and Kriti Sanon as a leading pair.

Produced by Ashutosh Gowariker Productions & Vision World Films, the film is made on a grand scale and has gained a good hype despite average music. On Friday, it is expected to open in a range of 6-7 crores. Definitely, it could be better but it is not releasing solo, there is another film to divert the audience.

With its promising trailer & chartbuster music, BR Studios & T-Series’ production has created a good hype among the audience. As per the report, it is expected to open in a range of 8-9 crores which is higher than Panipat. Both films are getting mostly positive early reviews, so this is gonna be a good clash.