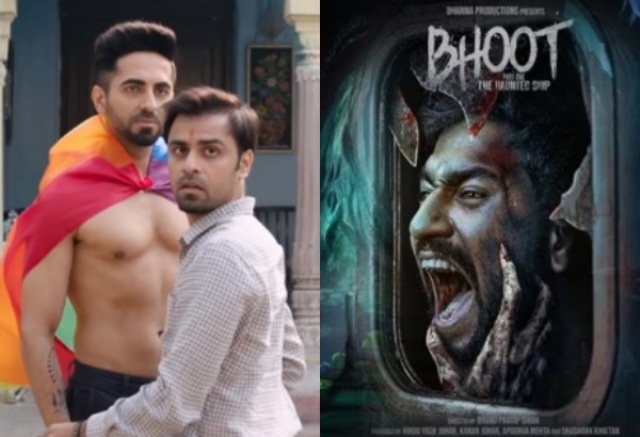 The earlier one was about the taboo subject erectile dysfunction and this new quirky comedy-drama focuses on the gay relationship. Hitesh Kewalya’s directorial is all set to hit the screens on Friday amid the good excitement of the audience and expected to open at a strong note due to Maha Shivratri holiday.

Ayushmann is known for content-driven films and giving back to back hits. Looking at the previous record, in 2017, Shubh Mangal Saavdhan was opened at 2.71 crores. While his previous offerings were opened in a range of 10 crores. Considering the reports & trend, Shubh Mangal Zyada Saavdhan is expected to rake around 8-9 crores nett on the opening day as it is not releasing solo.

In opposite to SMZS, Vicky Kaushal and Bhumi Pednekar starrer Bhoot: Part One – The Haunted Ship is also releasing on Friday with a decent hype among the audience. The first horror franchise of Dharma Productions is expected to perform well at the box office as its trailer had received good response from the viewers.

The genre is not common in Bollywood, also it is the first horror film of Vicky Kaushal who had given blockbuster Uri: The Surgical Strike last year. Directed by Bhanu Pratap Singh, the film is promoted at a good scale and expected to open in a range of 4-5.5 crores nett at the domestic box office.