Despite having the much-anticipated Hindi film Kedarnath in the opposite, the last week released 2.0 is heading strongly with all its versions including Hindi across the country. On a strong note, this hugely-awaited sci-fi thriller has crossed the mark of 150-crore at the box office from its dubbed Hindi version only within 10 days of release. 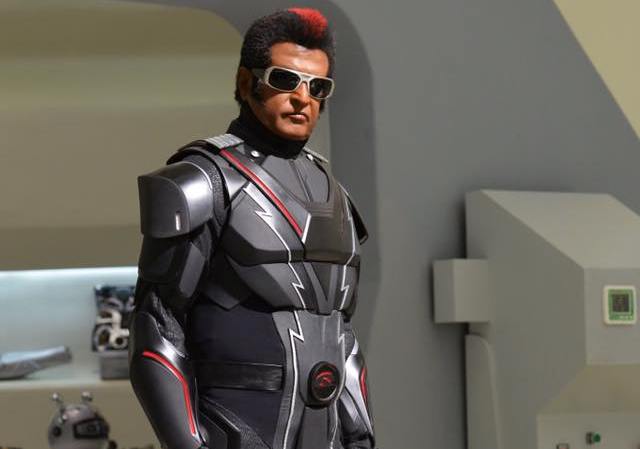 The first film of superstar Rajinikanth & Akshay Kumar together, 2.0 has made a solid impact on viewers with its world-class VFX & relevant story. The film has received mostly positive reviews from the critics as well as the audience worldwide and all set to gross over 600 crores by this weekend.

After a phenomenal start, S.Shankar’s directorial maintained a superb pace throughout and did the business of 139.75 crores in the extended 8-days opening week from 4000+ Hindi screens nationwide, with 97.25 crores in the 4-days weekend and 42.50 crores on weekdays.

Now 2.0 is running in its second weekend and still has a very good hold over the audience. On Friday, the film witnessed a drop of 24.52% than the previous day and minted 5.85 crores. Then on Saturday, with a fair jump, it bagged the amount of 9.15 crores and raised 10 days total collection to 154.75 crores.

Including all the versions- Hindi, Tamil & Telugu, the sequel to 2010’s Enthiran registered the business of 325 crores in the first week with 234 crores in the 4-days weekend and 91 crores on weekdays. On 2nd Friday, it raked 10 crores, while on 2nd Saturday, the film garnered 13.50 crores and raised 10 days total to 348.50 crores nett (approx. 465 crores gross) at the domestic box office.

At the international market as well, 2.0 is running excellently and has grossed 133 crores till date, with which its worldwide gross total collection has become 598 crores.