The first ever collaboration of superstar Rajinikanth & Akshay Kumar, magnum opus 2.0 has successfully made a strong impact on viewers with its spectacular VFX & relevant story. With its tremendous run at the box office so far, the film has surpassed Salman Khan’s Race 3 (170.72 crores) with its Hindi version only & become 3rd highest grosser of the year. 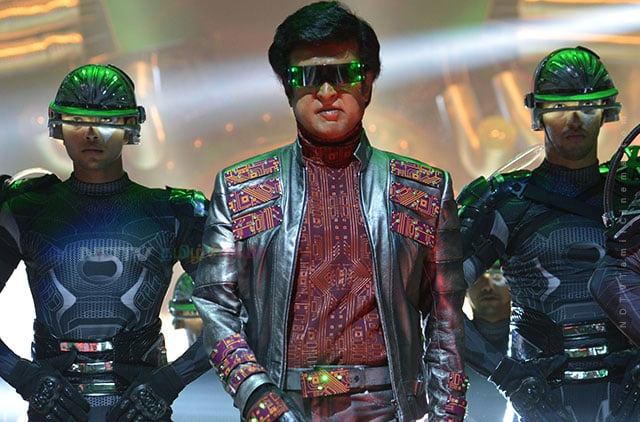 Despite being a Tamil film originally, 2.0 is doing great with its dubbed Hindi version also. After a phenomenal opening, it remained super-strong throughout the 8-days extended first week and did the business of 139.75 crores with 97.25 crores in the weekend & 42.50 crores on weekdays from 4000+ Hindi screens.

In the second weekend as well, S.Shankar’s directorial sci-fi action thriller showed good growth at the box office despite the new Hindi offering Kedarnath and did the business of 27 crores that included 5.85 crores on 2nd Friday, 9.15 crores on 2nd Saturday & 12 crores on 2nd Sunday.

Now 2.0 is running on weekdays once again and still has a very good hold over the audience in the north belt. On Monday, it minted the amount of 3.75 crores after a drop of 35.90% than Friday. Then on 2nd Tuesday, with a further decline, Dharma Productions’ presentation bagged 2.95 crores and raised 13 days total collection to 173.45 crores.

At the domestic box office including all languages, the sequel to 2010’s Enthiran (Robot) has registered the business of 325 crores in the opening week and 40 crores in the second weekend. On 2nd Monday, it collected 7 crores, while 6.25 crores on 2nd Tuesday and raised 13 days total to 378.25 crores nett (504.25 crores gross).

In the international market as well, 2.0 is performing excellently and has grossed 136.75 crores from overseas till date, with which its worldwide gross total has become 641 crores including Hindi, Tamil & Telugu screens.