After the two blockbuster weeks, the hugely-buzzed 2.0 has passed the third weekend on a decent note despite having the new arrival Aquaman in its parallel along with the already existing Kedarnath. Because of the huge acceptance worldwide, the Tamil sci-fi action thriller is performing phenomenally at the box office since the release. 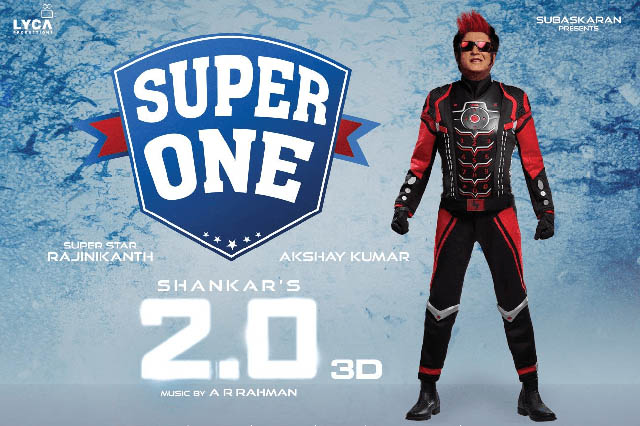 Presented by Dharma Productions & AA Films, the Hindi version of 2.0 managed to collect 1.40 crore on 3rd Friday after a drop of 26.32% than the previous day. With a good jump over the weekend, it minted the amount of 2.25 crores on 3rd Saturday & 2.85 crores on 3rd Sunday.

With this, the total 18 days collection of S.Shankar’s directorial has become 184.25 crores nett that included the business of 139.75 crores it raked in the first week and 38 crores in the second. The movie has now surpassed the lifetime total of blockbuster Bajirao Mastani (184.20 crores) & become the 19th highest Hindi grosser of all time.

Marks the first collaboration of superstar Rajinikanth & Akshay Kumar, 2.0 has done the business of 389 crores in the last 2 weeks including all the versions- Hindi, Tamil & Telugu at the domestic box office. In the third weekend, it garnered a total of 18 crores with 4.50 crores on 3rd Friday, 6 crores on 3rd Saturday & 7.50 crores on 3rd Sunday.

After 18 days, Lyca Productions’ magnum opus raised its India total to 407 crores nett (565 crores gross). With this, the worldwide gross total of 2.0 has become 705 crores including 140 crores gross from the overseas market.