Finally, the hugely-awaited Indian sci-fi thriller 2.0 has hit the theatres amid the tremendous buzz worldwide on 10500 screens. As expected, superstar Rajinikanth & Akshay Kumar starrer has witnessed overwhelming response from the fans on the first day and registered the biggest opening of all time for both the actors. 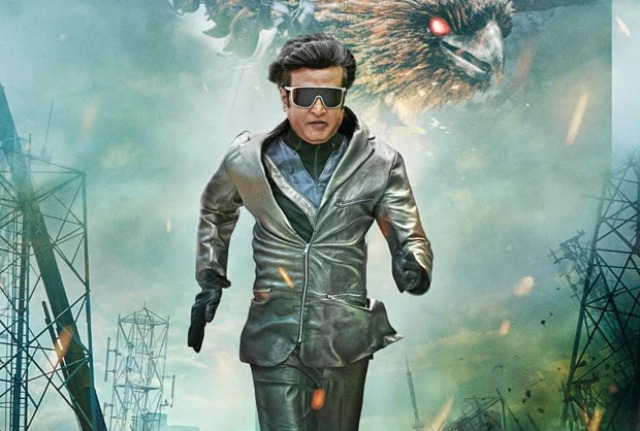 Directed by the very promising S.Shankar, 2.0 has got succeed to live up to its humongous expectations and stunned all the viewers in theatres with world-class VFX. From the critics, the movie is getting mostly positive reviews, while the audience is going crazy after watching this cinematic marvel in 3D.

On Thursday, Lyca Productions’ presentation opened on a massive note with an occupancy of over 80% across the country including all the versions- Hindi, Tamil & Telugu. Early morning the social media got flooded with the positive reviews for 2.0, which raised the interest and helped it to grow further post noon shows.

From its 4000+ Hindi screens alone, the sequel to 2010’s Enthiran that also stars Amy Jackson in a lead role, took a good start across the country and registered the business of 20.25 crores nett. With this, it has become the 8th highest opener of 2018 so far in Hindi cinema & also emerged as the 3rd biggest opener for Akshay Kumar after his Singh Is Bliing (20.67 crores).

From the entire country including all the languages, 2.0 has taken a monstrous start and registered the business of 64 crores from around 7000 screens with 43.75 crores from its Tamil & Telugu versions. While at the worldwide box office, it has grossed over 105 crores.

As per reports, in Chennai, this magnum opus has dominated Vijay’s Sarkar (2.37 crores) & become the biggest Tamil opener of all time with 2.64 crores. Due to a positive word of mouth, India’s biggest film ever 2.0 is positively expected to remain strong over the weekend.