The first ever collaboration of superstar Rajinikanth & Akshay Kumar, 2.0 is not ready to slow down in south India. Even in its fourth week, the film is holding well at the box office with the Tamil & dubbed Telugu versions. While the dubbed Hindi version presented by Dharma Productions & AA Films is now just crawling due to the new major release Zero starring Shahrukh Khan. 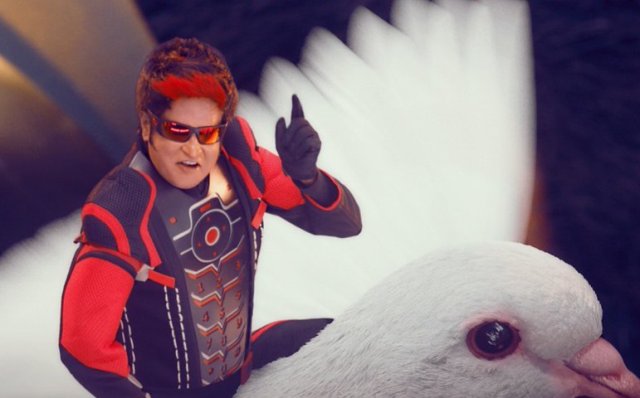 Directed by S.Shankar, the sequel to 2010’s blockbuster Enthiran (Robot) started the journey on a tremendous note and did the business of 139.75 crores in the extended opening week from the Hindi screens only. While in the second & third week, it managed to rake 38 crores & 9.50 crores respectively.

Now 2.0 (Hindi) is running in the fourth week and passed this weekend on a low note. On 4th Friday, it managed to collect the amount of only 0.10 crore. With usual jumps over Saturday & Sunday, the film minted the amount of 0.15 crore & 0.20 crore respectively. With this, its 25 days total collection has become 187.70 crores.

At the domestic box office, including all the versions- Hindi, Tamil & Telugu, Lyca Productions’ presentation garnered the business of 421.50 crores in the last 3 weeks. With 8.25 crores in the 4th weekend, it raised the 25 days total collection to 429.75 crores nett (596 crores gross).

From the overseas market so far, 2.0 has grossed the business of approx. 143 crores. After this, its 25 days worldwide gross total collection has become 739 crores. As per the current trend, the film is positively expected to gross around 750 crores by the end of this week globally.