The biggest Indian film ever made, 2.0 took a thunderous start at the box office and successfully maintaining a strong pace over the weekend as well. Including all its three versions- Hindi, Tamil & Telugu, the film has over 160 crores within 3 days of release at the domestic box office. 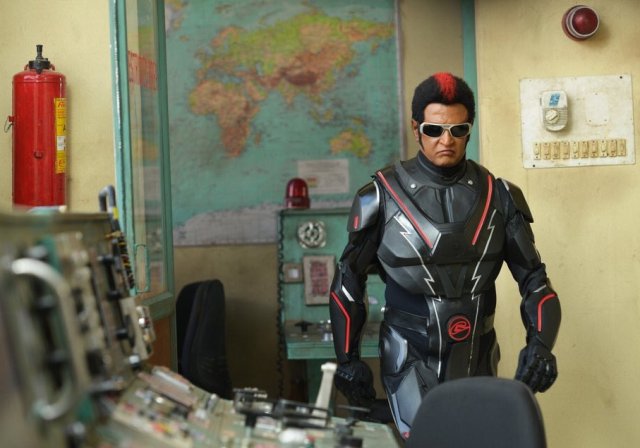 Marks the first collaboration of two superstars Rajinikanth & Akshay Kumar, hugely-awaited 2.0 was released on Thursday amid the humongous buzz and as expected received an overwhelming welcome from the audience. With its world-class VFX & gripping storyline, it has made a solid impact on viewers and got mostly positive reviews from critics.

Produced by Lyca Productions, the sequel to 2010’s Enthiran took a record-breaking start and did the business of 64 crores, which is the biggest opening of both Rajinikanth & Akshay’s career. Despite a usual drop on the next day, it managed to remain strong and collected the amount of 45 crores.

On Saturday, at a higher note, 2.0 garnered the business of 56 crores and raised its 3 days total collection to 165 crores nett from 7000 screens across India including Hindi, Tamil & Telugu languages. The terrific star power of Thalaivar & Akshay is helping this magnum opus to rule all over the country.

With its dubbed Hindi version alone, Shankar’s directorial opened on an excellent note and registered the 8th highest opening of the year in Hindi cinema so far with 20.25 crores. On Friday, it took a slight dip and bagged the amount of 18 crores from 4000+ screens nationwide.

Then on Saturday, 2.0 showed an uptrend and raked the business of 25 crores. With this, its 3 days total collection has become 63.25 crores. As per the current trend, this sci-fi thriller is expected to take a good jump on Sunday as well.