Superstar Rajinikanth & Akshay Kumar starrer hugely-awaited 2.0 has got a universal acceptance and running successfully at the box office worldwide. After an earth-shattering start, the biggest Indian film ever maintained a solid pace over the extended weekend and registered a massive total within 4 days of release. 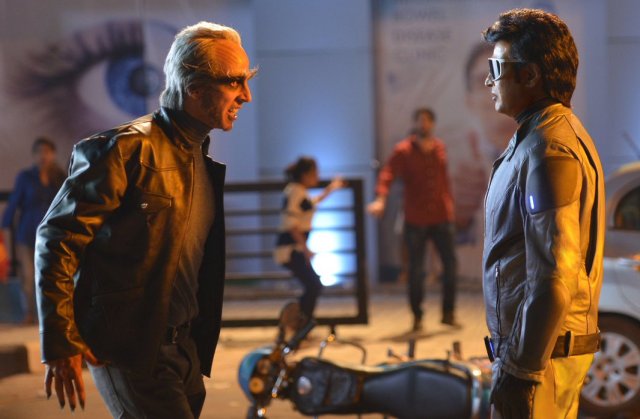 Produced by Lyca Productions, sci-fi thriller 2.0 was released on Thursday amid the huge excitement of fans. As expected, the film got succeed to hit the target right with its stunning next-level VFX and received mostly positive reviews from the critics as well as the audience.

The very promising S.Shankar’s directorial is getting a terrific response across the country because it has two superstars in lead roles, one from the Tamil cinema & other from the Bollywood. With its Hindi version alone, the film opened on a tremendous note and did the business of 20.25 crores.

By remaining strong throughout, 2.0 managed to collect the amount of 18 crores on Friday & 25 crores on Saturday. On the next day i.e. Sunday, it took a noticeable growth and minted the amount of 34 crores. After the extended 4-days weekend, its total collection has become 97.25 crores from 4000+ screens nationwide.

Including all three versions- Hindi, Tamil & Telugu, after registering the biggest opening of the year so far, the sequel to 2010’s Enthiran aka Robot remained super-strong over the weekend and raked the business of 234 crores nett / 298 crores gross from 7000 screens with 64 crores on Thursday, 45 crores on Friday, 56 crores on Saturday & 69 crores on Sunday.

At the worldwide box office, 2.0 has grossed approx. 403 crores within just 4 days of release from 10500 screens including 105 crores from overseas. As per the current trend, the film is expected to remain solid on weekdays as well.