After a phenomenal weekend, the biggest Indian film 2.0 has remained super-strong on weekdays as well and passed the opening week on a massive note. With every single day, the movie setting new records and now become the biggest Hindi grosser of Akshay Kumar with its dubbed Hindi version only by dominating his Toilet Ek Prem Katha (134.20 crores). 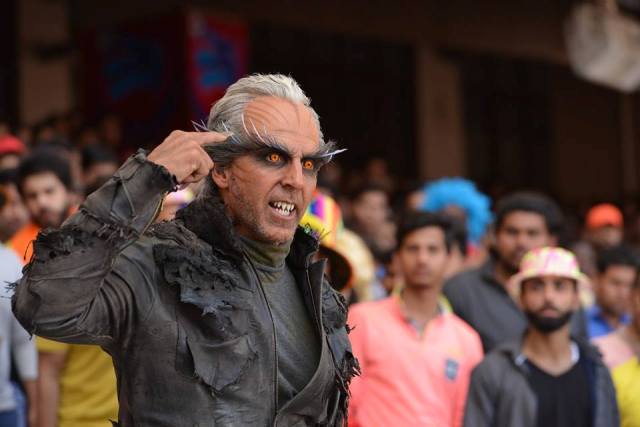 Directed by S.Shankar, 2.0 is the debut film of Akshay in South Indian Cinema opposite superstar Rajinikanth which is getting a tremendous response from the audience in the north belt also. Due to the solid star power of both the actors, the movie is reigning the box office worldwide.

The sequel to 2010’s Enthiran opened on an exceptional last Thursday and maintained a terrific pace afterward. With its Hindi version only, this hugely awaited sci-fi thriller did the business of 7.25 crores with 20.25 crores on Thursday, 18 crores on Friday, 25 crores on Saturday & 34 crores on Sunday.

With all its three versions- Hindi, Tamil & Telugu, Lyca Productions’ presentation has done the business of 325 crores nett (414 crores gross) from around 7000 screens that included 234 crores in the 4-days weekend, 29 crores on Monday, 25 crores on Tuesday, 21 crores on Wednesday & 16 crores on Thursday.

From the overseas market, 2.0 has grossed the business of 129 crores till date, which has raised its worldwide total collection to 543 crores gross from 10500 screens. As per the current trend, it is positively expected to remain strong in the second week as well.