After the release of new Hindi films Tanhaji: The Unsung Warrior and Chhapaak, more than a couple of weeks back released Good Newwz has now slowed down at the box office. Despite the clutter, it is still heading steadily and aiming towards the 200-crores mark. 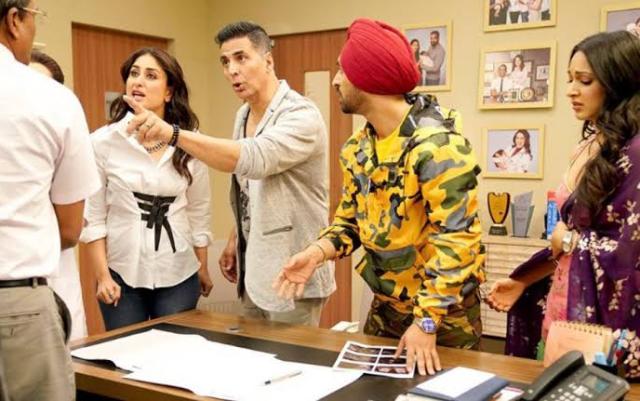 Directed by debutant Raj Mehta, the Hindi comedy film had started the journey at an excellent note and attained a solid pace due to positive word of mouth. In the first week, it did the business of 127.90 crores, while managed to score 53.46 crores in the second week.

After 2 weeks, the total collection of superstar Akshay Kumar’s latest offering opposite Kareena Kapoor Khan, Kiara Advani, and Diljit Dosanjh, Good Newwz was recorded at 181.36 crores. Then in the third weekend, at a decent note, the film did the business of 8.73 crores with 2.07 crores on Friday, 3.06 crores on Saturday & 3.60 crores on Sunday.

Now, Karan Johar’s production is running on weekdays once again and still has enough hold over the multiplex audience nationwide. On 3rd Monday, it had faced a drop of 36.72% vis-a-vis 3rd Friday and minted 1.31 crore. With a decent jump on 3rd Tuesday, it had scored 1.54 crores.

On the next day i.e. 3rd Wednesday, Good Newwz has managed to collect 1.60 crores and raised 20 days total collection to 194.54 crores nett at the domestic box office. As per the trend, it is positively expected to join the 200-crore club by the end of its fourth weekend.