Superstar Akshay Kumar and Vidya Balan starrer much-anticipated Mission Mangal is heading steadily at the box office despite the new offering Saaho. Within 20 days of release, it has emerged as the biggest Hindi grosser of Akshay by surpassing the lifetime total of 2.0 Hindi (189.84 crores). 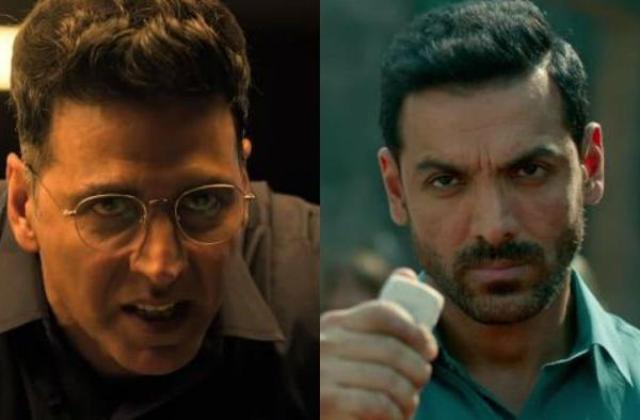 Directed by Jagan Shakti, the Hindi space drama has gathered a strong word of mouth and did the business of 128.16 crores in the 8-days extended first week and 49.95 crores in the second. Then in the third weekend as well, it had maintained the pace and raked 9.09 crores with 2.20 crores on Friday, 3.25 crores on Saturday & 3.64 crores on Sunday.

Now Mission Mangal has entered on weekdays but on 3rd Monday it had remained steady due to a partial holiday of Ganesh Chaturthi and minted 2.27 crores. On the next day i.e. 3rd Tuesday, it had bagged the amount of 1.21 crores and raised 20 days total collection to 190.68 crores nett.

On the other hand, John Abraham and Mrunal Thakur starrer Batla House has also received positive reactions and had raked the business of 65.84 crores in the 8-days first week and 25.92 crores in the second. In the third weekend, after a significant slowdown, it had collected 3.16 crores with 0.73 crore on Friday, 0.91 crore on Saturday & 1.52 crores on Sunday.

On 3rd Monday, Nikkhil Advani’s directorial had garnered the business of 0.70 crore at an almost steady note. On the next day i.e. 3rd Tuesday, it has managed to collect 0.55 crore and raised the 20 days total collection to 96.17 crores nett at the domestic box office.