After a couple of successful weeks, Akshay Kumar starrer Housefull 4 has passed the third week at a decent note despite the unexpected negativity around it because of mostly unfavourable reviews from critics. Within 21 days, it has become the biggest Hindi grosser of Akshay by surpassing Mission Mangal (203.18 crores). 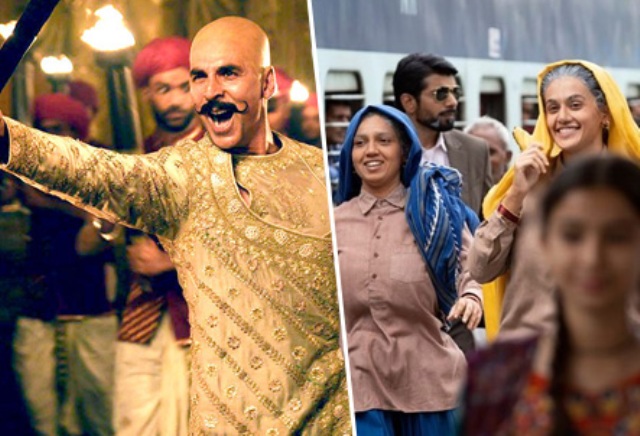 Directed by Farhad Samji, the fourth instalment of the franchise was opened at a solid note and remained steady throughout. In the first week, it had raked the business of 141.31 crores, while collected 48.42 crores in the second week. Then in the third weekend also, it had garnered 9.10 crores that included 1.95 crores on Friday, 2.80 crores on Saturday & 4.35 crores on Sunday.

Then on weekdays, Housefull 4 has remained almost steady and minted the amount of 1.75 crores on 3rd Monday, 2.50 crores on 3rd Tuesday, 1.20 crore on 3rd Wednesday & 1.30 crore on 3rd Thursday. After 3 weeks, the total collection of the film has become 205.58 crores nett at the domestic box office.

On the other hand, Taapsee Pannu and Bhumi Pednekar starrer Saand Ki Aankh has received positive reviews but still remain underperformed and did the business of 11.68 crores in the first week and 8.37 crores in the second week. In the third weekend, it had bagged 1.50 crore with 0.27 crore on Friday, 0.51 crore on Saturday & 0.72 crore on Sunday.

On weekdays, Tushar Hiranandani’s directorial has managed to collect 0.24 crore on 3rd Monday, 0.38 crore on 3rd Tuesday, 0.22 crore on 3rd Wednesday & 0.27 crore on 3rd Thursday. After 3 weeks, the total collection of the film has become 22.66 crores nett at the domestic box office.

Thappad Review: Just a slap but not just a film, it’s a beginning of counter reply!