Superstar Akshay Kumar is all set to have third 200-crore grossing film of his career by this weekend. After passing the last three weeks at an overall solid note, the last major release of the year 2019, Good Newwz is still showing enough hold over the audience and now just a step away to hit a double century. 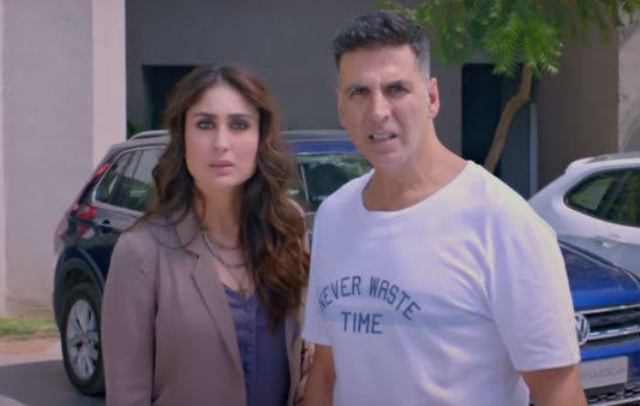 Directed by debutant Raj Mehta, the Hindi comedy film has got succeed to make the desired impact on viewers and gathered a good word of mouth. As a result, it had raked the business of 127.90 crores in the first week from 3100 screens, while managed to collect 53.46 crores in the second week.

In the third week, due to the release of much-awaited Tanhaji: The Unsung Warrior and Chhapaak, Good Newwz had recorded a significant drop and managed to collect 15.74 crores. After 3 weeks, the total collection of the film was recorded at 197.10 crores nett.

Co-starring Kareena Kapoor Khan, Kiara Advani, and Diljit Dosanjh, Karan Johar’s production is in the fourth week now and had started the weekend at a decent note by collecting 0.75 crore on Friday. On the next day i.e, 4th Saturday, it has witnessed a jump and minted the amount of 1.40 crore.

With this, the total collection of Good Newwz has become 199.25 crores nett at the domestic box office. On Sunday, it will emerge as the 7th Hindi film of the year 2019 to cross the mark of 200-crores and third in a row for Akshay Kumar.