After the three successful weeks, superstar Akshay Kumar and Vidya Balan’s latest offering Mission Mangal has entered in the fourth week at a steady note despite having the new release Chhichhore & the existing one Saaho in the opposite. The film is positively expected to touch the mark of 200-crore by the end of this week. 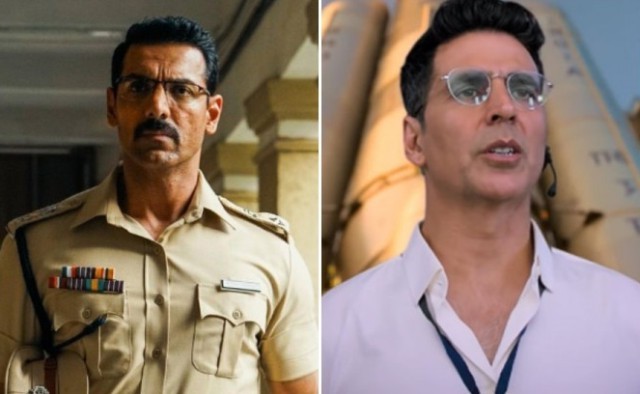 Directed by Jagan Shakti, the first space film in Hindi Cinema has got succeed to impress almost everyone and gained a solid word of mouth. As a result, it had raked the business of 128.16 crores in the 8-days first week & 49.95 crores in the second. Due to Saaho, it got dropped in the third week and did the business of 15.03 crores.

Mission Mangal is now running in the fourth week and had started the weekend at a steady note despite Chhichhore. On 4th Friday, it had managed to collect 0.73 crore. While on the next day i.e. 4th Saturday, it has picked up well and bagged 1.40 crore. After 24 days, the total collection of Fox Star Studios’ presentation has become 195.27 crores nett.

On the other hand, the adjacent release John Abraham and Mrunal Thakur starrer Batla House has received mostly positive reactions and had garnered the business of 65.84 crores in the 8-days first week, 25.92 crores in the second & 5.26 crores in the third week.

On 4th Friday, Nikkhil Advani’s directorial had witnessed a significant drop and minted 0.18 crore. On the next day i.e. 4th Saturday, it took a jump and managed to collect 0.29 crore. After 24 days, the total collection of the film has become 97.49 crores nett.