After an excellent opening, the latest Hindi offering Housefull 4 has remained steady on the next day as well. Despite pre-Diwali festivities, mixed word of mouth, and not being a solo release, it has managed to sustain at the box office which is definitely a very good sign. 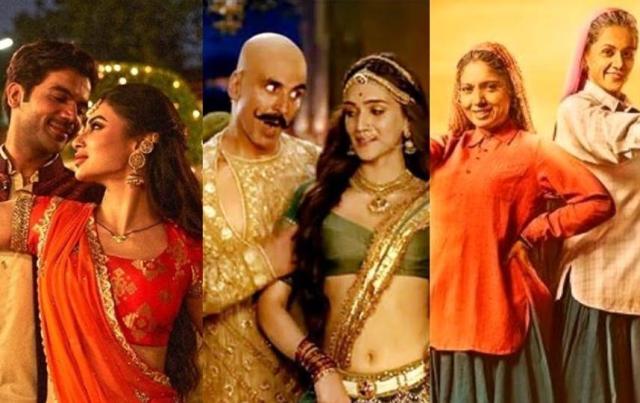 Starring Akshay Kumar, Riteish Deshmukh, Bobby Deol, Chunky Panday, Kriti Sanon, Kriti Kharbanda, and Pooja Hegde in the lead roles, the latest instalment of the Housefull franchise has unfortunately got failed to convince many critics and also getting mixed reactions from the audience nationwide.

Directed by Farhad Samji, Housefull 4 was opened at a decent note in the morning on Friday and had witnessed a usual jump over the evening & night shows. Eventually, it had raked the business of 19.08 crores and emerged as the 9th best opener of the year so far in Hindi Cinema.

On the next day i.e. Saturday, expectedly, the film has witnessed a drop in footfalls but still managed to remain good and minted the amount of 18.81 crores. After 2 days, its total collection has become 37.89 crores nett from 3900 screens at the domestic box office.

In parallel, Taapsee Pannu and Bhumi Pednekar starrer Saand Ki Aankh is struggling at the box office despite getting positive reviews. On Friday, the Hindi sports-drama did the business of 0.48 crore, while on Saturday, it has bagged 1.08 crore. With this, its 2 days total collection has become 1.56 crores.

On the other hand, Rajkummar Rao and Mouni Roy starrer Made In China is also not getting much response at the box office and did the opening business of 1 crore on Friday. On Saturday, the film has managed to collect 1.50 crore and raised 2 days total collection 2.50 crores.