After a solid opening on Friday due to Valentine’s Day, Kartik Aaryan and Sara Ali Khan starrer much-awaited Love Aaj Kal has unfortunately witnessed a significant drop in footfalls on Saturday, which is definitely not a good sign. The film was expected to register a strong weekend, but now for that, it has to show a massive jump on Sunday. 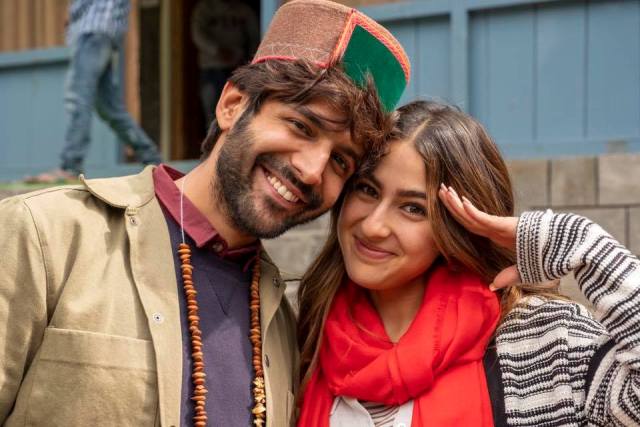 Directed by Imtiaz Ali, the Hindi romantic drama has got failed to create the desired impact on critics and received mixed reviews because of its unconvincing screenplay. From the audience as well it is getting mixed reactions, which is reflecting in its box office numbers also.

On the opening day, Love Aaj Kal had started the journey at a good note in the morning with around 20-25% occupancy. Over the evening and night shows, the film showed fair growth in multiplexes across the country and raked a solid total of 12.40 crores.

With this, Dinesh Vijan & Imtiaz’s production has emerged as the best opener of Kartik Aaryan’s career and the second-highest of the year 2020 so far. In 2009, Saif Ali Khan and Deepika Padukone starrer Love Aaj Kal was opened at 8.09 crores with mostly positive reviews.

On the next day i.e. Saturday, Love Aaj Kal has unexpectedly recorded a drop of 35.40% vis-a-vis Friday and minted the amount of 8.01 crores. After 2 days, the total collection of this new Hindi offering has become 20.41 crores nett at the domestic box office.