After a decent opening on Friday, the new female-oriented action thriller Mardaani 2 has taken a big jump on Saturday due to positive word of mouth. While the adjacent Hollywood biggie Jumanji: The Next Level has also witnessed healthy growth in footfalls across the country. 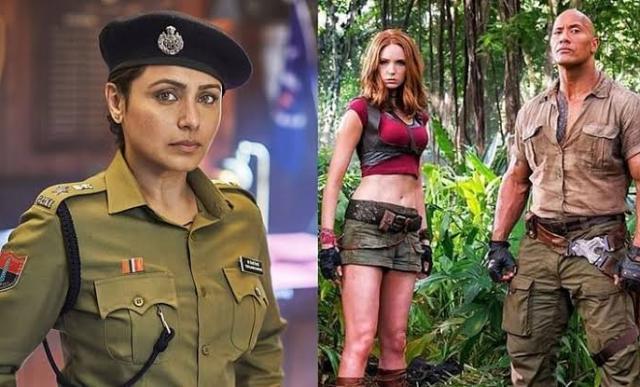 Directed by Gopi Puthran, the sequel to 2014’s Mardaani has got succeed to impress many critics with its relevant storyline backed by the terrific performances of all actors. From the audience also, Rani Mukerji starrer is getting good support, especially from the multiplex audience.

On Friday, Mardaani 2 was opened at a low note in the morning but had picked up well post noon shows and registered the opening business of 3.80 crores. On Saturday, it took a noticeable jump of 72.37% vis-a-vis Friday and minted 6.55 crores. After 2 days, its total collection has become 10.35 crores nett from 1600 screens.

In parallel, Dwayne Johnson starrer action-adventure Jumanji: The Next Level has received mixed reviews from critics but got succeed to create the desired impact on the Indian audience. On Thursday, with its previews, the film had managed to score 1.15 crore.

On Friday, Jake Kasdan’s directorial took a good start in India and had raked the opening business of 5.05 crores. On Saturday, it has recorded a solid jump and bagged the amount of 8.35 crores. With this, its 2 days total collection has become 14.55 crores nett including all the versions.