After a blockbuster opening at the domestic as well as worldwide box office, highly-anticipated Tamil film Sarkar has witnessed an abrupt drop in footfalls on the second day i.e. Wednesday due to the Diwali festival & usual trend of South Indian offerings, but still remained strong in numbers. 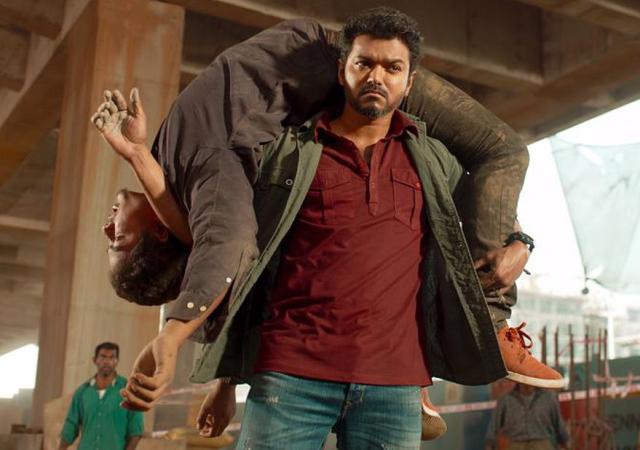 Directed by AR Murugadoss, action drama Sarkar has received almost positive reviews from the critics as well as the audience. As a result, it gained a good word of mouth and become the biggest opening Tamil film in Chennai so far by dominating Rajinikanth’s Kaala (1.77 crores).

On Tuesday, Thalapathy Vijay & Keerthy Suresh opened on a terrific note with positive feedback and registered the opening business of 31.60 crores from Tamil Nadu including 2.37 crores from Chennai alone. On the next day i.e. Wednesday, it got dropped considerably and grossed the amount of 18.50 crores at the TN box office.

After 2 days, the total collection of Sarkar from the Tamil state has become 50.10 crores gross. From the international market, the movie is doing very well and has grossed the business of total 102 crores worldwide in 2 days that included 67 crores on day-1 & 35 crores on day-2.

From Thursday, Sarkar will have hugely-awaited Amitabh Bachchan, Aamir Khan, Katrina Kaif & Fatima Sana Shaikh starrer Thugs Of Hindostan in the opposite which is also releasing in dubbed Tamil & Telugu versions along with the original Hindi one. Definitely, TOH will affect its business by some rate.