After a decent but lower than expected start on Friday, Varun Dhawan and Shraddha Kapoor starrer Street Dancer 3D has taken a good jump on Saturday. While Kangana Ranaut starrer Panga has witnessed solid growth on its second day after a below-average opening. 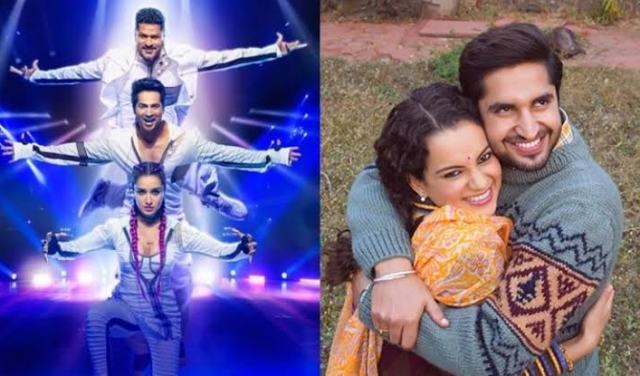 Directed by Remo D’Souza, India’s biggest dance film has unexpectedly got failed to impress all the critics and received mixed reviews. But from the youth audience, it is getting an almost positive response and competing well with Ajay Devgn’s successfully running Tanhaji.

On Friday, Street Dancer 3D was opened at a decent note with around 20-25% occupancy in the morning and managed to register 10.26 crores after a slight jump post noon shows. On the next day i.e. Saturday, it showed growth of 34.60% vis-a-vis Day 1 and minted 13.21 crores. After 2 days, its total collection has become 23.47 crores nett from 3700 screens.

On the other hand, Ashwiny Iyer Tiwari’s directorial sports drama film Panga has got succeed to convince critics as well as the audience and gathered a positive word of mouth for its interesting storyline backed by the commendable performance of leading actress Kangana.

On Friday, it was started at a low note with around 10-15% occupancy in the morning. Over the evening and night shows, it had recorded decent growth and collected 2.70 crores. With a jump of 107.78%, the film has bagged the amount of 5.61 crores and raised 2 days total collection to 8.31 crores nett from 1450 screens.