After the thunderous opening on Wednesday, immensely-awaited action thriller War has remained super strong on Thursday despite a usual drop in footfalls. With a solid buzz and positive feedback, it is getting an exceptional response at the box office and all set to register a massive 5-days extended weekend. 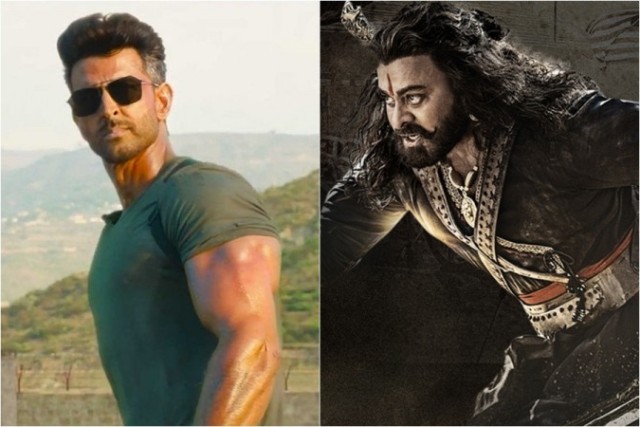 Starring Hrithik Roshan, Tiger Shroff, and Vaani Kapoor starrer has got succeed to impress many in theatres across the country with its jaw-dropping action and stunts. From critics as well, it has received mostly positive reviews and gathered a solid word of mouth.

On Wednesday, War was opened at a fantastic note with around 70% occupancy in the morning and has also recorded a solid jump post noon shows nationwide. As a result, it had registered the biggest opening of all time in Bollywood with 53.35 crores from Hindi, Tamil & Telugu versions.

On the next day i.e. Thursday, Yash Raj Films’ presentation has witnessed a significant drop of 54.36% vis-a-vis Wednesday and raked the business of 24.35 crores. After 2 days, its total collection has become 77.70 crores nett from 4000 screens at the domestic box office.

In parallel, Telugu biggie Sye Raa Narasimha Reddy has also received mostly positive reviews from the viewers and running terrifically in South. But with its dubbed Hindi version, the film is unfortunately not getting the desired response due to a clash with War.

On Wednesday, it had raked an average business of 2.60 crores. While on Thursday also, it has remained almost similar and minted the amount of 1.25 crore. After 2 days, the total collection of Chiranjeevi and Amitabh Bachchan starrer film has become 3.85 crores nett from 1200 screens in the North.