After a dull opening due to mixed word of mouth, the new Hindi releases – Pal Pal Dil Ke Paas, Prassthanam, and The Zoya Factor have witnessed an ordinary jump on Saturday, while the holdover titles Dream Girl and Chhichhore have picked up strongly at the box office. 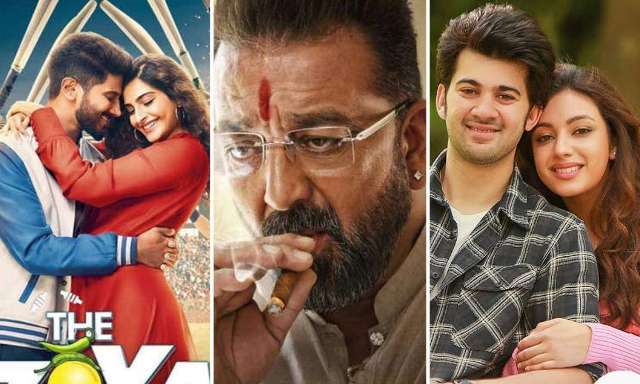 Directed by actor-turned-director Sunny Deol, the romantic-drama Pal Pal Dil Ke Paas has got failed to convince everyone and received mixed reactions. As a result, it was opened at a dull note on Friday and did the business of 1.15 crore, which is actually the highest opening among all three new releases despite lower star power.

On Saturday, newcomers Karan Deol and Sahher Bambba starrer has shown a jump of 17.39% vis-a-vis Friday and minted the amount of 1.35 crores. After 2 days, its total collection has become 2.50 crores nett at the domestic box office. The film is expected to rake over 4 crores by the end of this weekend.

The adjacent multistarrer film Prassthanam has also received mixed reviews and had registered the opening business of only 0.75 crore on Friday. On the next day i.e. Saturday, Sanjay Dutt starrer took a normal jump and minted 0.85 crore. After 2 days, its total collection has become 1.60 crores nett.

On the other hand, Sonam Kapoor and Dulquer Salmaan starrer The Zoya Factor is also struggling at the box office due to mixed reactions. On Friday, it had scored the business of only 0.70 crore. On Saturday, with a slight jump, the film has bagged the amount of 0.80 crore and raised 2 days total collection to 1.50 crores nett.