This Friday released the much-awaited American film Aquaman is expectedly leading over all the new & existing Hindi films in India. This is not the first time when a foreign offering is dominating the Bollywood ones at the Indian box office, actually, we have witnessed this scenario numerous time in the last few years, which is not a good sign for our filmmakers though. 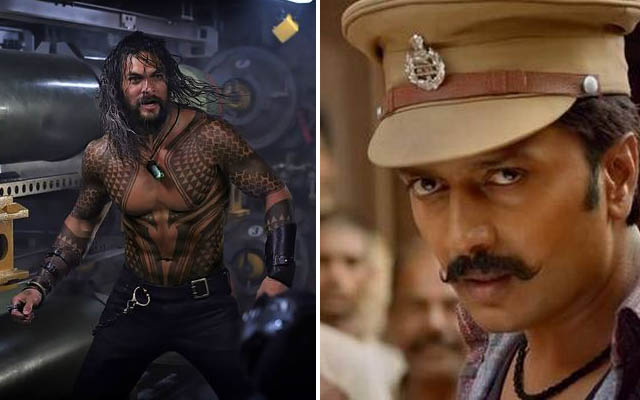 Starring the sturdy Jason Momoa & the super-gorgeous Amber Heard in lead roles, DC’s superhero film Aquaman is successfully making the desired impact on viewers and has received mostly positive reviews from the critics globally. In India as well, the film is entertaining everyone & running smoothly at the box office.

After collecting 2 crores on Thursday with limited paid previews, Warner Bros’ presentation took a good start on Friday and collected 5.50 crores. On Saturday, with a fair growth in footfalls, it bagged the amount of 7.75 crores and raised 2 days total collection to 15.25 crores nett.

In parallel, one of the highly-awaited Marathi films of the year Mauli is also running strongly at the box office. Starring Riteish Deshmukh & Saiyami Kher in lead roles, it is the sequel to 2014’s Marathi blockbuster Lai Bhaari and has received mostly positive reviews from the critics.

On Friday, Aditya Sarpotdar’s directorial opened on a solid note and registered the higher business than prequel Lai Bhaari, 3.25 crores. On the next day i.e. Saturday, the film witnessed a fair growth and minted the amount of 3.75 crores. With this, its 2 days total collection has become 7 crores nett at the domestic box office.