After taking a poor start in the morning, Vidyut Jammwal’s much-awaited Junglee managed to register better opening on Friday than the multi-starrer Ek Ladki Ko Dekha Toh Aisa Laga (3.30 crores) at the domestic box office. Although, due to the ongoing IPL matches & last week’s Kesari, it is not running at the desired note. 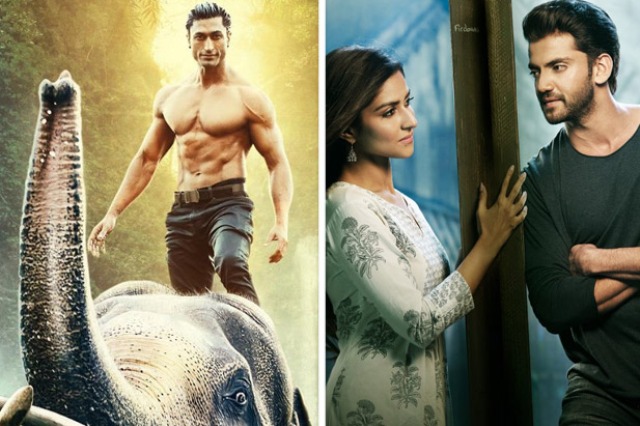 Directed by the American filmmaker Chuck Russell, the action-adventure Junglee has received mixed reviews from the critics but got succeed to entertain the audience with its mindblowing actions performed by Vidyut himself. Along with him, the film also stars Pooja Sawant, Asha Bhat & Atul Kulkarni.

On Friday, at an overall decent note, Junglee did the business of 3.35 crores. Then on the next day i.e. Saturday, Junglee Pictures’ production took a fair jump and bagged the amount of 4.45 crores. With this, its 2 days total collection has become 7.80 crores nett.

On the other hand, newcomers Pranutan Bahl & Zaheer Iqbal starrer film Notebook has received mostly positive reviews from the critics but still not getting the desired attention from the audience. Directed by Nitin Kakkar, it’s an intense romantic drama with decent music.

Despite being backed by superstar Salman Khan, Notebook registered a poor opening on Friday and did the business of only 0.75 crore. On Saturday, due to positive feedback, it recorded a significant jump and minted 0.90 crore. With this, its 2 days total collection has become 1.65 crores nett from India.