After a solid start at the domestic box office, the highly-anticipated KGF: Chapter 1 (Kolar Gold Field) managed to remain strong on Saturday as well. Starring superstar Yash & Srinidhi Shetty in lead roles, the period action drama Kannada film was released amid the huge excitement of fans and expectedly got a warm welcome. 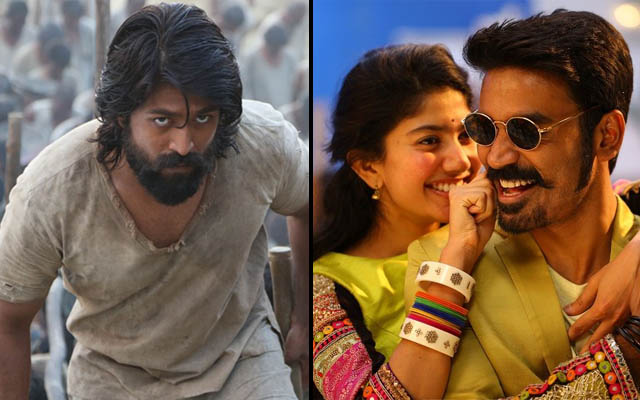 Directed by Prashanth Neel, KGF got succeed to hit the target right and making the desired impact on viewers across the country. This mega action entertainer took a solid start on the opening day and registered the business of 18.10 crores from 2460 screens nationwide including Kannada, Hindi, Tamil, Telugu & Malayalam languages.

On the next day i.e. Saturday, on a strong note, Hombale Films’ production bagged the amount of 19.20 crores and raised its 2 days total collection to 37.30 crores. From its dubbed Hindi version over 1500 screens, KGF raked the business of 5.10 crores in 2 days that included 2.10 crores on Friday & 3 crores on Saturday.

On the other hand, the much-awaited sequel to 2015’s Tamil blockbuster Maari, Maari 2 has got failed to live up to the expectations but still running strongly at the box office. Starring Dhanush & Sai Pallavi in lead role, this masala entertainer opened on a solid note on Friday and grossed 4.50 crores from the Tamil state.

On Saturday, Balaji Mohan’s directorial witnessed a decent jump and minted the amount of 4 crores. With this, its 2 days total collection has become 8.50 crores at the TN box office. From Chennai alone, it has grossed 0.41 crore on Friday and 0.50 crore on Saturday, which is good.