This Pongal festival, there is a Thalaiva vs Thala at the box office across Tamil Nadu. Two big superstars of Tamil Cinema, Rajinikanth & Ajith Kumar have released their much-awaited films Petta & Viswasam on the same day i.e. January 10. Both the films are running phenomenally and giving neck-to-neck competition to each other. 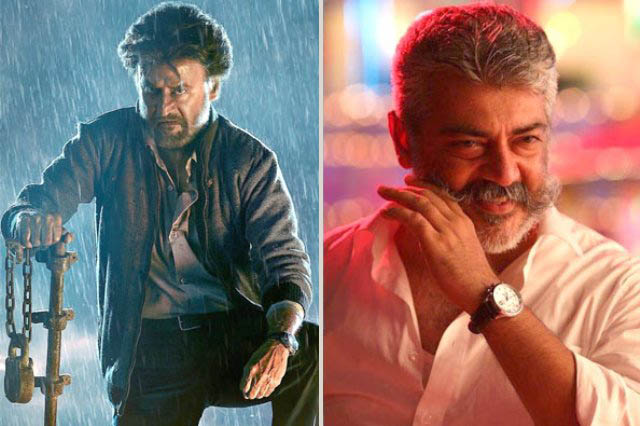 Directed by Karthik Subbaraj, the Tamil action-drama Petta starring Rajinikanth has got succeed to hit the target right and receive mostly positive reviews from the critics as well as the audience. On the opening day, it opened on a terrific note and registered the business of 13 crores from Tamil Nadu.

On the second day i.e. Friday, due to a solid word of mouth Sun Pictures’ production witnessed a significant drop and raked the business of 9 crores. With this, the 2 days total collection of Petta has become 22 crores across the Tamil state including 3.35 crores from Chennai alone.

In parallel, Siva’s directorial action mystery Viswasam starring Ajith Kumar has unfortunately received mixed reviews from the critics but the audience is showing huge craze towards the film. On Thursday, it was opened with many theatres tightly packed and did the business of 15.50 crores.

On Friday as well, it remained strong and collected the amount of 10 crores. After 2 days, the total collection of Sathya Jyothi Films’ production has become 25.50 crores at the TN box office including 2.60 crores from Chennai.