After a good start on Friday, Ayushmann Khurrana and Jitendra Kumar starrer Shubh Mangal Zyada Saavdhan has taken a decent jump on Saturday. In parallel, Vicky Kaushal and Bhumi Pednekar starrer Bhoot: Part One – The Haunted Ship has also recorded growth after a decent opening. 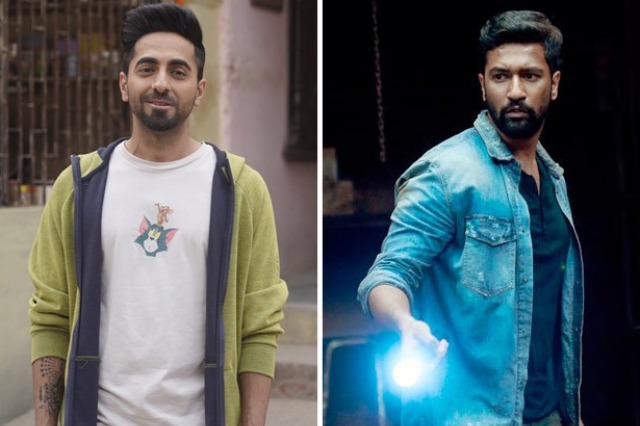 Directed by Hitesh Kewalya, the comedy-drama based on same-sex marriage, Shubh Mangal Zyada Saavdhan has expectedly got succeed to entertain many in theatres and gathered a positive word of mouth. From critics also, it has received mostly favourable reviews.

On Friday, Aanand L Rai’s production was opened at an average note in the morning but eventually managed to register a good opening of 9.55 crores, which is third-best for Ayushmann. On Saturday, it took a jump of 16.02% and minted 11.08 crores. After 2 days, its total collection has become 20.63 crores nett.

On the other hand, Bhanu Pratap Singh’s directorial horror film Bhoot: The Haunted Ship has unfortunately got failed to convince critics because of its weak screenplay, but still getting a decent response from the multiplex audience who like to watch horror films.

On Friday, despite an ordinary start, Dharma Productions’ presentation had managed to register a decent opening of 5.10 crores, which is the third-highest of Vicky’s career so far. On Saturday, with a slight jump of 8.23%, the film has bagged 5.52 crores and raised 2 days total collection to 10.62 crores nett.