Amid the fear of coronavirus, where many films are getting postponed, producer Dinesh Vijan has released Angrezi Medium this Friday as per the schedule. Expectedly, the film had witnessed a loss due to this Covid-19 outburst but still managed to open decently on Friday. While on Saturday, it got dropped due to mass shut down of theatres in major states of the country. 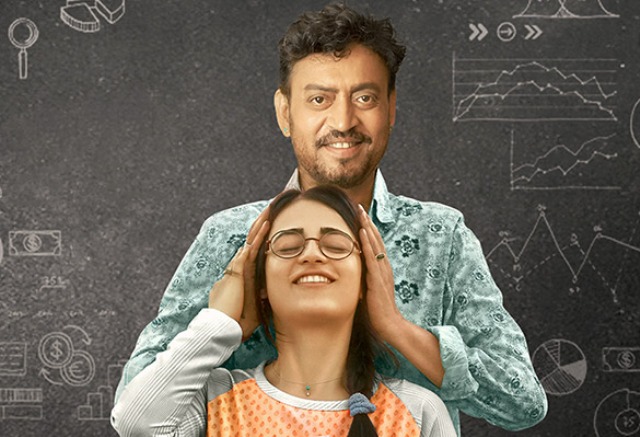 Directed by Homi Adajania, the second instalment in the Hindi Medium franchise has got failed to impress critics and received mixed reviews despite commendable performances of Irrfan Khan & Deepak Dobriyal. While from the audience, the film is getting almost favourable reactions.

On Friday, Angrezi Medium had started the journey at a poor note in the morning with around 8-10% occupancy. Over the evening & night shows, the film managed to show decent growth and did the business of 4.03 crores nett, which is higher than its predecessor Hindi Medium (2.81 crores).

Then on Saturday, unfortunately, the latest Hindi comedy-drama recorded a drop of 22.09% vis-a-vis Friday and minted the amount of 3.14 crores. With this, the total collection of the film after 2 days has become 7.17 crores nett at the domestic box office.

As per the current situation, it doesn’t seem possible for Angrezi Medium to receive the desired response at the box office. Last week released Baaghi 3 which had a solid week-1, is also facing a heavy decline in footfalls now.