The new much-anticipated offering of Dangal director Nitesh Tiwari, Chhichhore had registered a fair opening business on Friday. Due to mostly positive reactions, the film has witnessed a solid jump in footfalls over the weekend and done the business of more than 35 crores within 3 days of release. 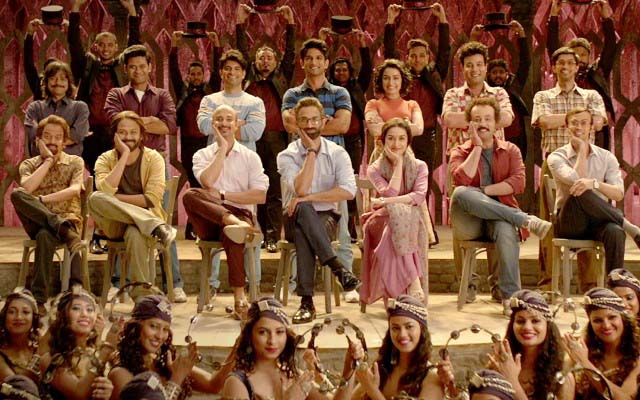 Sushant Singh Rajput, Shraddha Kapoor, and Varun Sharma starrer Hindi comedy-drama has got succeed to entertain the audience in theatres and gathered a positive word of mouth. Many critics have found it convincing & delightful filled with emotion, fun & humour.

On Friday, Chhichhore took a slow start in the morning with around 15% occupancy. Over the evening and night shows, it had picked up well and did the business of 7.32 crores. With such opening, it has emerged as the 16th highest opener of the year so far in Hindi Cinema and 2nd best for Sushant Singh Rajput.

Then on Saturday, Sajid Nadiadwala and Fox Star Studios’ presentation had shown healthy growth in business and raked the amount of 12.25 crores. On the next day i.e. Sunday, the film has recorded further jump and managed to collect the amount of 16.41 crores.

After 3 days, the total collection of Chhichhore has become 35.98 crores nett at the domestic box office from around 2200 screens. This is the 13th highest opening weekend business of the year so far in Hindi Cinema by dominating Uri The Surgical Strike (35.73 crores). As per the current trend, it is expected to remain steady on weekdays.