Despite an average start, the third instalment of the franchise Commando, Commando 3 has managed to register an overall decent opening weekend at the domestic box office. Although, it hasn’t got succeed to create the desired impact on critics as well as the audience. 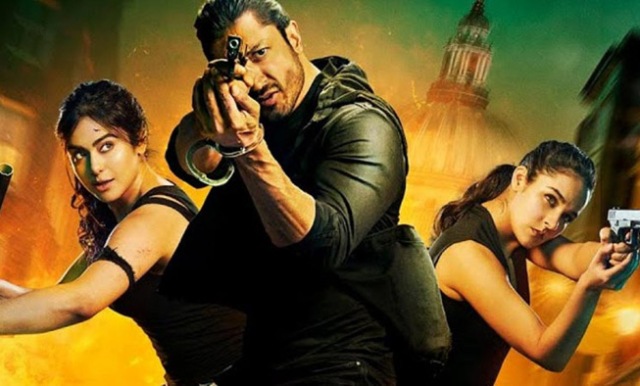 Directed by Aditya Datt, the Hindi action thriller has received mixed reviews from critics because of its average storyline but everyone has appreciated the actions performed by Vidyut. From the audience, the film is getting a decent response, especially in multiplexes.

On Friday, Commando 3 had started the journey at a dull note in the morning and registered an average opening business of 4.74 crores after the slight improvement post noon shows. On Saturday, it took a decent jump and minted the amount of 5.64 crores.

On the next day i.e. Sunday, Vidyut Jammwal, Adah Sharma, Angira Dhar & Gulshan Devaiah starrer has witnessed further growth and managed to collect 7.95 crores. After 3 days, its total collection has become 18.33 crores nett from 2456 screens across the country.

In parallel, Anupam Kher & Dev Patel starrer Hotel Mumbai has gathered a positive word of mouth despite the low initial buzz. On Friday, it did the business of 1.08 crore, while collected 1.70 crores on Saturday. On Sunday, it has managed to score 2.03 crores and raised 3 days total collection to 4.81 crores nett from all the versions.