The first space film in Hindi Cinema, Mission Mangal is getting a wonderful response from the audience in metros. After a fantastic opening on Thursday, Jagan Shakti’s directorial is heading strongly over the weekend despite a clash with another major Hindi release Batla House which is also running at a good note. 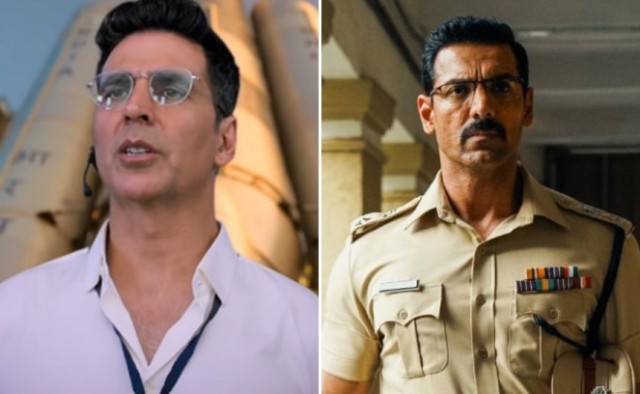 Presented by Fox Star Studios, the film has expectedly got succeed to entertain & impressed the audience and gathered a solid word of mouth. From critics also, it has received mostly positive reviews for its convincing storyline and excellent performance given by the entire cast that includes Akshay Kumar, Vidya Balan, Sonakshi Sinha, Taapsee Pannu, Kirti Kulhari, Nithya Menen & Sharman Joshi.

On Thursday, Mission Mangal was opened at a terrific note and had registered the third-best opening of the year so far at the Indian box office with 29.16 crores. On Friday, after a usual drop, it had minted 17.28 crores, while on the next day i.e. Saturday, the film picked up again and minted the amount of 23.58 crores. With this, its 3 days total domestic collection has become 70.02 crores nett.

On the other hand, the adjacent release John Abraham and Mrunal Thakur starrer Batla House is getting a below-expected but overall an excellent response at the box office. The action thriller inspired by 2008’s Batla House encounter case has partly lived up to the expectations of critics as well as the audience and gained a positive word of mouth.

Nikkhil Advani’s directorial had started the journey at a solid note and did the business of 15.55 crores on Thursday. After a significant drop in footfalls, it had bagged the amount of 8.84 crores on Friday. Then on Saturday, Batla House managed to collect 10.90 crores and raised 3 days total collection to 35.29 crores nett at the domestic box office.