Despite a mixed reaction from the audience and mostly negative reviews from critics, India’s biggest action thriller made with a budget of 350 crores, Saaho has managed to register a massive weekend across the country as well as overseas including all the versions- Hindi, Tamil, Telugu & Malayalam. 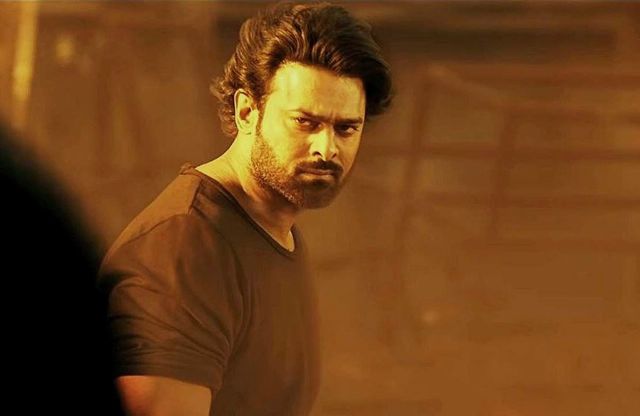 Marks the debut Hindi film of superstar Prabhas, Sujeeth’s directorial was released amid the huge excitement of fans. But unfortunately, it has got failed to live up to the expectations because of weak story, screenplay & direction. As the film is shot in three languages simultaneously, it also marks the debut of Shraddha Kapoor in South Indian Cinema.

On Friday, the Hindi version of Saaho was opened at a terrific note with around 60% occupancy in the morning and had remained almost similar throughout the day due to mixed word of mouth. Eventually, it had registered the opening business of 24.40 crores which is the third-best of the year so far.

On Saturday, expectedly, UV Creations & T-Series Films’ presentation showed a jump and had raked the business of 25.20 crores. On the next day i.e. Sunday, it took further a jump and minted 29.48 crores. With this, its 3 days total collection has become 79.08 crores nett from 3000 Hindi screens.

Including all the versions, Saaho has grossed the business of 245 crores from India and 294 crores worldwide from 8500 screens. On Monday, there is a partial holiday due to Ganesh Chaturthi, so the film is expected to remain strong enough but normal working days are doubtful.