Hrithik Roshan and Tiger Shroff starrer immensely-awaited War is running tremendously nationwide from the very first day of release. Within 3 days, it has joined the 100-crore club and become the 13th Hindi film of the year to cross this mark at the domestic box office. 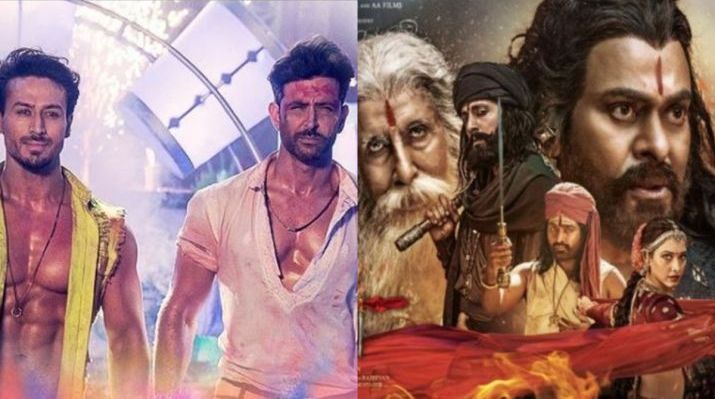 Directed by Siddharth Anand, the Hindi action-thriller has expectedly got succeed to entertain and stun everyone in theatres with its thrilling storyline and high-octane action sequences. From critics as well, it has received mostly positive reviews and gathered a solid word of mouth.

On Wednesday, War had started its journey at a fantastic note with around 70% occupancy in the morning and eventually registered the biggest opening of all time in Hindi Cinema with 53.35 crores. On Thursday, it had witnessed a usual drop in footfalls and raked the business of 24.35 crores.

On the next day i.e. Friday, Yash Raj Films’ presentation has remained almost steady and bagged the amount of 22.45 crores. With this, its 3 days total collection has become 100.15 crores nett from 4000 screens including 96 crores from Hindi and 4.15 crores from Tamil & Telugu versions.

On the other hand, Telugu biggie Sye Raa Narasimha Reddy is ruling the box office in the South but unfortunately struggling to attain the desired pace in the North for its Hindi version. At a decent note, it had garnered the business of 2.60 crores on Wednesday & 1.25 crore on Thursday.

On the next day i.e. Friday, megastar Chiranjeevi and Amitabh Bachchan starrer has managed to collect 1.05 crore and raised 3 days total collection to 4.90 crores nett. From the Telugu states, Surender Reddy’s directorial has garnered the shares of around 57 crores.