Unlike its predecessor Hindi Medium, the latest Hindi offering Angrezi Medium has unfortunately got failed to create the desired impact on viewers. Also, the situation is not in favour due to the outbreak of coronavirus and as a result, the film has registered a low opening weekend despite a decent start at the box office. 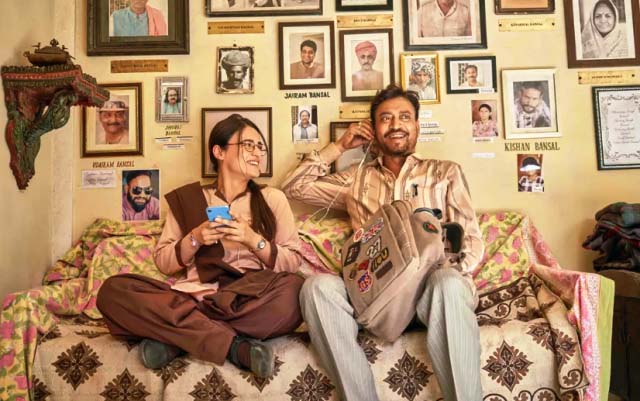 Featuring Irrfan Khan, Deepak Dobriyal, Radhika Madan, Kareena Kapoor Khan, and Dimple Kapadia, the newest instalment of the franchise has received mixed reviews from critics because of its unimpressive storyline. While from the audience, it is getting some response but in major states, theatres are closed till 31st March 2020 as a precautionary measure to prevent the spread of Covid-19.

On Friday, Angrezi Medium was opened at a dull note in the morning with around 10% occupancy. Post noon shows, it took a decent jump in metro cities and managed to collect the amount of 4.03 crores. In 2017, Hindi Medium did the opening business of 2.81 crores and lifetime business of 69.59 crores nett.

On the next day i.e. Saturday, due to mass shutdown of theatres, Homi Adajania’s directorial faced a drop of 22.09% vis-a-vis Friday and raked the business of 3.14 crores. Then on Sunday, the film hasn’t witnessed any jump and minted the amount of 2.55 crores.

After 3 days, the total collection of Angrezi Medium has become 9.72 crores nett at the domestic box office. Now, the theatres are open in only several states, so it would be a difficult task for Dinesh Vijan’s production to sustain further with a mixed word of mouth.