Like the previous films of actor Ayushmann Khurrana, his latest offering Shubh Mangal Zyada Saavdhan is also set to become hit at the box office. After a good opening, the film has picked up well over the weekend and registered a solid total. While Vicky Kaushal starrer Bhoot: The Haunted Ship has registered an average weekend. 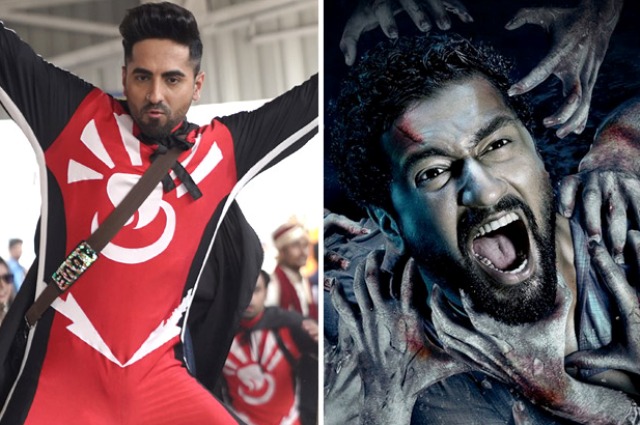 Bankrolled by T-Series Films and Colour Yellow Productions, the Hindi comedy-drama Shubh Mangal Zyada Saavdhan has got succeed to entertain many in theatres and gathered a positive word of mouth. As a result, it had managed to register Ayushmann’s third-best opening with 9.55 crores on Friday.

On Saturday, Hitesh Kewalya’s directorial had recorded a decent jump in footfalls and bagged the amount of 11.08 crores. Then on Sunday, with further growth, it has managed to collect 12.03 crores and raised 3 days total collection to 32.66 crores nett at the domestic box office.

In parallel, Dharma Productions’ first horror franchise, Bhoot: Part One – The Haunted Ship has unfortunately got failed to convince critics despite an excellent performance by the leading cast. As a result, it is not getting the desired from the audience and remained ordinary throughout the weekend.

On Friday, Bhanu Pratap Singh’s directorial was opened at an average note and did the business of 5.10 crores. With a slight jump, it had scored 5.52 crores on Saturday. On the next day i.e. Sunday, it has managed to collect 5.74 crores and raised 3 days total collection to 16.36 crores nett.