Superstar Akshay Kumar’s latest offering co-stars Kareena Kapoor Khan, Kiara Advani, and Diljit Dosanjh, Good Newwz has slowed down now due to new releases but still heading steadily at a low note. After a couple of solid weeks and a decent third week, it has passed the fourth week also at an almost decent note. 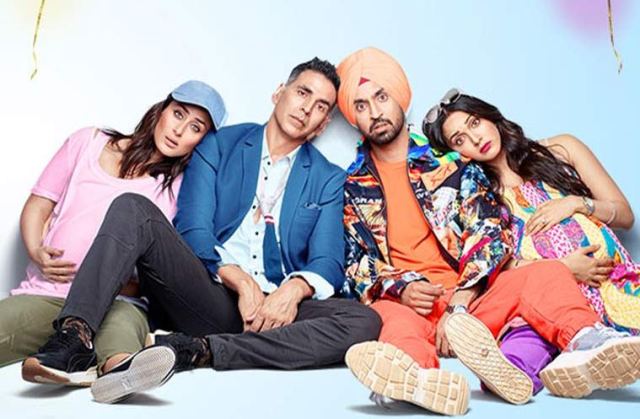 Directed by debutant Raj Mehta, the Hindi comedy film has expectedly gathered a good word of mouth and as a result, had raked a strong business of 127.90 crores in the first week. With a maintained pace, it had garnered the business of 53.46 crores in the second week.

In the third week, Zee Studios’ presentation Good Newwz had witnessed a significant drop in footfalls due to the release of superstar Ajay Devgn’s Tanhaji: The Unsung Warrior & Deepika Padukone’s Chhapaak, and managed to collect an overall decent amount of 15.74 crores.

After 3 weeks, the total collection of Karan Johar’s production was recorded at 197.10 crores nett. Then in the fourth weekend also, the film had remained decent and minted the amount of 4.04 crores that included 0.75 crore on Friday, 1.40 crore on Saturday & 1.89 crores on Sunday.

On weekdays, with a slight further decline, Good Newwz had managed to collect 0.55 crore on 4th Monday, 0.55 crore on 4th Tuesday & 0.50 crore on 4th Wednesday. On the next day i.e. 4th Thursday, it had done the business of 0.45 crore and raised 4 weeks total collection to 203.19 crores nett at the domestic box office.