Rani Mukerji starrer Mardaani 2 had successfully registered an excellent opening weekend despite a decent start and now it has entered on weekdays also at a good note. The adjacent Hollywood release Jumanji: The Next Level is also performing strongly at the Indian box office. 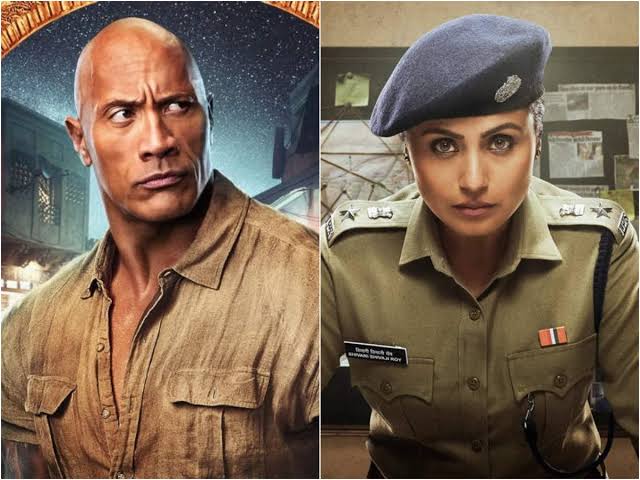 Directed by Gopi Puthran, the female-oriented Hindi action thriller Mardaani 2 has received mostly positive reviews from critics and gathered a good word of mouth. As a result, it had raked the business of 18.15 crores in the weekend that included 3.80 crores on Friday, 6.55 crores on Saturday & 7.80 crores on Sunday.

On the next day i.e. Monday, Yash Raj Films’ presentation has faced a normal drop of 25% vis-a-vis Friday and minted the amount of 2.85 crores. After 4 days, the total collection of the film has become 21 crores nett from 1600 screens across the country.

In parallel, Dwayne Johnson starrer Jumanji: The Next Level has received mixed reviews from critics but getting a solid response from the Indian audience. In the weekend, it had bagged the amount of 24.65 crores that included 1.15 crore from Thursday previews, 5.05 crores on Friday, 8.35 crores on Saturday & 10.10 crores on Sunday.

On Monday, the sequel to 2017’s Jumanji: Welcome to the Jungle has recorded a drop of 40.40% vis-a-vis Friday and minted the amount of 3.01 crores. With this, its 4 days total collection has become 27.66 crores nett including all the versions. As per the current trend, both films are expected to remain steady further.