Despite a solid opening, director Imtiaz Ali’s new version of Love Aaj Kal with an exciting pair of Kartik Aaryan and Sara Ali Khan has got failed to register a respectable weekend at the domestic box office. Now it has entered on weekdays and recorded an expected heavy drop on Monday. 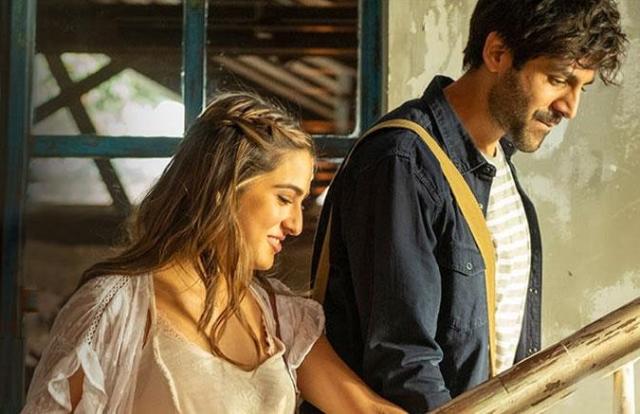 The Hindi romantic drama was expected to become the next hit of the year 2020. But unfortunately, it has got failed to convince critics and received almost mixed reviews because of its poor screenplay. From the audience as well, it is not getting the desired reactions.

On the opening day, Love Aaj Kal was opened at a good note in the morning and had bagged the amount of 12.40 crores which is the highest of Kartik Aaryan’s career. But due to unfavourable word of mouth, it had faced a sudden drop over the weekend and minted the amount of 8.01 crores on Saturday & 8.10 crores on Sunday.

After 3 days, the total collection of Dinesh Vijan and Imtiaz Ali’s production was recorded at 28.51 crores. In 2009, Saif Ali Khan and Deepika Padukone’s Love Aaj Kal did the business of 27.86 crores in the first weekend and that too after an opening of 8.09 crores.

Love Aaj Kal has now entered on weekdays and has expectedly witnessed a big drop in footfalls. On Monday, it has got dropped by 65.67% vis-a-vis Saturday and collected the amount of 2.75 crores. With this, its 4 days total collection has become 31.26 crores nett.