After a solid weekend, the newly released Hindi romantic comedy Pati Patni Aur Woh has entered on weekdays at a steady note due to good response from the audience across the country. While on the other hand, historical drama Panipat has dropped by a usual rate and scored dull. 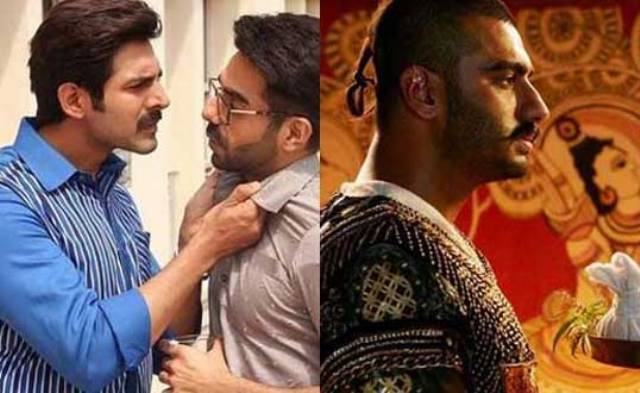 Directed by Mudassar Aziz, Pati Patni Aur Woh has expectedly got succeed to entertain many in theatres and gathered a good word of mouth. As a result, it took an excellent start on Friday and did the business of 9.10 crores which is the biggest opening of Kartik Aaryan’s career.

In parallel, Ashutosh Gowariker’s directorial Panipat has also got succeed to impress many critics with its gripping storyline backed the strong performances of lead actors- Sanjay Dutt, Arjun Kapoor & Kriti Sanon. But still, it took a dull start on Friday and had bagged the amount of 4.12 crores.

Over the weekend, it showed an upward trend and minted 5.78 crores on Saturday & 7.78 crores on Sunday. Now the film has entered on weekdays and managed to collect 2.59 crores on Monday after a drop of 37.14% vis-a-vis Friday. This has raised its 4 days total collection to 20.27 crores nett from 2395 screens.