After a good opening weekend, Varun Dhawan and Shraddha Kapoor starrer Street Dancer 3D has now entered in weekdays at a decent note. While the adjacent release Kangana Ranaut’s Panga has recorded a usual drop in footfalls and passed Monday at a low note. 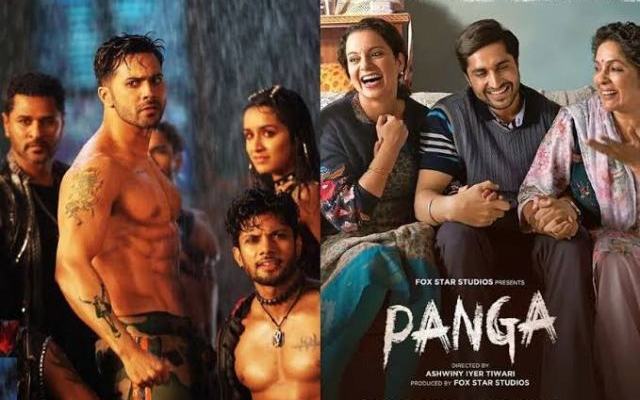 Directed by Remo D’Souza, India’s biggest dance film Street Dancer 3D has unfortunately got failed to convince critics completely and received mixed reviews. But with good support of the youth audience, it had raked 41.23 crores in the weekend that included 10.26 crores on Friday, 13.21 crores on Saturday & 17.76 crores on Sunday.

On the next day i.e. Monday, T-Series Films’ presentation has witnessed a drop of 54.68% vis-a-vis Friday and minted the amount of 4.65 crores. After 4 days, its total collection has become 45.88 crores nett at the domestic box office from 3700 screens.

On the other hand, Ashwiny Iyer Tiwari’s directorial drama film Panga has gathered a positive word of mouth but got failed to witness expected results at the box office. In the opening weekend, it had garnered the business of 14.91 crores with 2.70 crores on Friday, 5.61 crores on Saturday & 6.60 crores on Sunday.

On Monday, Fox Star Studios’ presentation has dropped abruptly as compared to the previous day and managed to collect 1.65 crores. After 4 days, its total collection has become 16.56 crores nett at the domestic box office from 1450 screens.